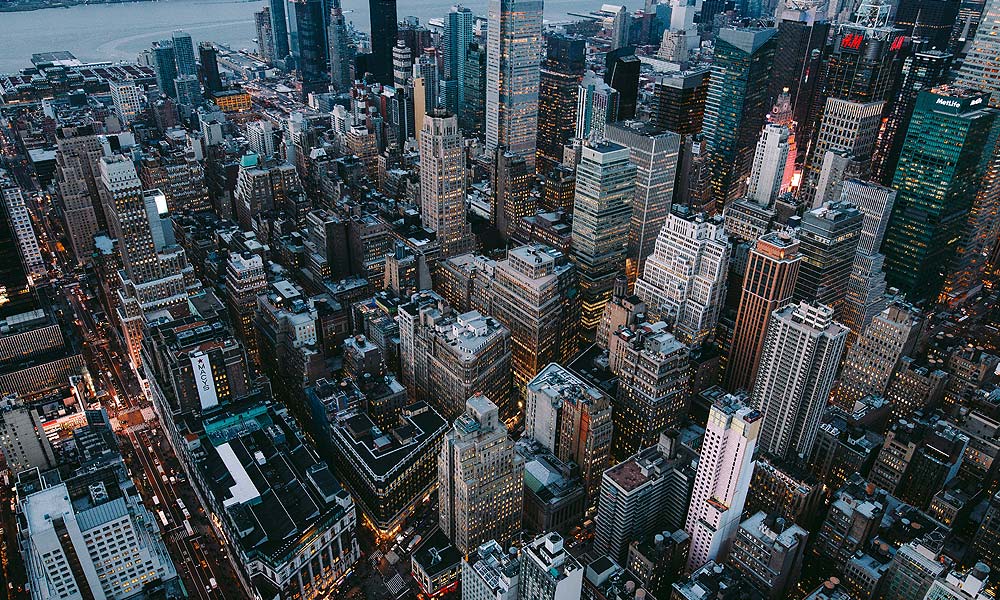 Microsoft is unleashing AI on environmental issues facing the planet.

The company is specifically looking at using data to solve problems in the fields of agriculture, biodiversity, climate change and water access.

The initiative, called AI for Earth, is described as a program to “empower people and organizations” to solve challenges in the environment and climate. Microsoft thinks that making AI more accessible could enable breakthroughs in sustainability that help to protect the Earth.

Microsoft has committed $2 million in the next fiscal year to facilitate this work. It will partner with individuals and organizations who have ideas for the future, offering AI tools to accelerate their projects.

Microsoft’s not going to be directly investing in companies or taking equity stakes. Instead, it wants to provide tangible resources in the form of artificial intelligence. It’s part of a wider endeavour within the company to position itself as a leading member of the AI industry. Solving sustainability challenges using AI will give Microsoft and the technology a place to demonstrate its benefits from.

Organisations involved with AI for Earth will be offered grants that enable them to access Microsoft’s Azure cloud and AI computing tools. The company will also provide education on artificial intelligence, informing project leaders of what’s available and how it works.

“Our goal is to empower others in new and more impactful ways to help create a more sustainable future,” said Microsoft. “This program expands our commitments to democratizing AI and advancing sustainability around the globe. And it builds upon our experience in accelerating the pace of innovation bringing together philanthropic work, connectivity advances and more accessible technology around the world.”

There are currently three “lighthouse” projects in AI for Earth.

Applications are currently open for groups looking to enrol in the program.

Drones are helping the construction industry to reach new heights 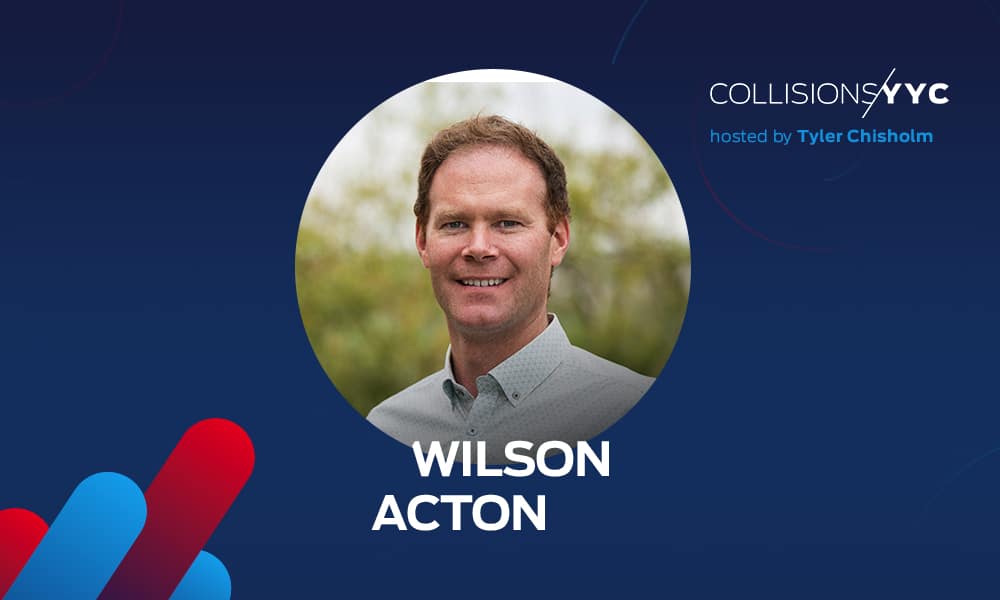 For those who don’t work in agriculture, the sector’s embrace of new technology and innovation may seem like a recent development. But as Wilson Acton points out, it’s been going on for generations.

“Farmers, out of necessity, have had to be rapid adopters of technology to survive tight margins as farms got bigger and bigger,” Acton told CollisionsYYC host Tyler Chisholm in a recent interview. [Tune in to 6:11 above]

Acton, who is Chief Commercial Officer at AgTech startup Verge, and Executive Vice President, Corporate Affairs & General Counsel at data services firm Whipcord, says other industries could learn a lot from Western Canada’s agricultural (aka “AG”) industry because many businesses are already managing vast amounts of data fed from machines connected to the web via sensors.

“You climb into a modern day tractor and you’re going to see the equivalent of about six iPads all running [different] aspects of the tech,” says Acton. “It’s more like running a spaceship than that old-school analog tractor.”

When it comes to innovation driving transformation in Western Canada, Acton believes the agriculture industry is already well ahead.

According to tech-sector tracking platform Tracxn, Canada has more than 200 AgTech (or agritech) startups that provide everything from water and nutrient delivery, to equipment sharing platforms, to crop data collection and analytics.

A relatively new player in the space, Verge entered the market about a year ago and builds precision agriculture technology that uses data and artificial intelligence to optimize farm management.

Precision agriculture is a practice that uses technology such as GPS, drones, sensors and soil sampling in order to grow crops more efficiently. It allows farmers to use remote sensors and real-time data to deploy seeds, fertilizer, water and nutrients only when and where they’re needed.

Precision agriculture is often called the trend to watch because it yields farmers the most profit per square acre and eliminates waste.

With Verge, the company has two products for the farming industry:

Both products help growers increase productivity and profit while reducing soil degradation and equipment wear-and-tear. The company is also one of the few already preparing for autonomous farm machinery.

When asked what resources have been especially beneficial for Verge, Acton praised the generosity and collaborative spirit of Alberta’s business community.

“For me, the biggest thing which I was very pleasantly surprised about was everyone’s openness and willingness [to help],” said Acton, noting that his fellow tech entrepreneurs have offered to make introductions, discuss ideas and provide feedback. “That was actually really powerful, and continues to be so. I think that’s why this is going to stick. That’s how Alberta and Western Canada were built in the first place – everyone willing to help their neighbour. It wasn’t me versus you — it’s, we’re all in this together.”

Acton believes Canada has emerged as a world leader in AgTech adoption thanks to farmers’ open-mindedness and the country’s challenging economic conditions.

“That incentivizes people to push the boundaries and adopt technology,” he says. “When things are profitable and everybody’s making money, you don’t tend to adopt a bunch of new technology. When things are tight and you’re not sure you’re going to get by — that’s when you start fine-tuning on the edges.” [Tune in to 14:40 above]

As a bedrock of Western Canada, the Ag industry can contribute to a stronger and more resilient economy and Acton believes it should be part of Canada’s diversification strategy.

The sector has long toiled in the shadow of the “bigger, flashier, sexier beast of oil and gas” and other industries, but as those falter, people are paying greater attention to Ag, he said. [Tune in to 21:58 above]

When asked what signs would be viewed as positive leading indicators in Ag, Acton brought up job creation and wanting to see more businesses migrate to Alberta, as well as more home-grown startups.

Several Ag businesses are looking to Alberta as their Canadian home, including chemical giant BASF who announced it was relocating its new Canadian agricultural headquarters to Calgary last year. Calgary is already home to other major global chemical and agricultural companies, including Syngenta Canada Inc. and Corteva Agriscience (a division of Dow/Dupont).

Acton believes that companies coming to Alberta and investing in the long-term will be key to economic growth and keep talent in the province.

“What are the indicators around new businesses starting here?” he asks. “What are the indicators around our new grads staying here?” he asked. “To me, those are the big indicators we want to look at because those are not just indications of prosperity in the moment, but the perception of future prosperity. If you’re a new grad who’s going to stay here, you’ve got a perception that you’ve got a pretty long runway.” [Tune in to 42:34 above] 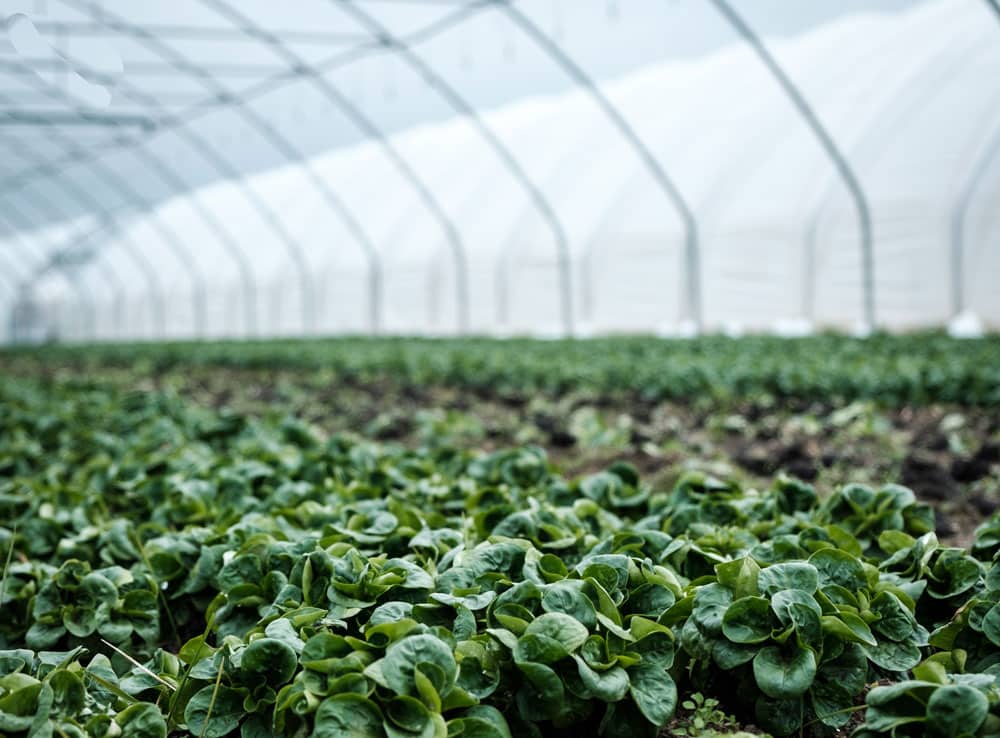 Artificial intelligence and big data analytics have been applied to produce the first global map of the world’s regions where vegetation can and cannot be grown.

The Valencia University study assesses the global abundance of the phosphorus and nitrogen content in vegetation. Also assessed is the efficiency in water use. The scientists’ aim is to show where the best places are for agriculture and where environmental conditions are changing in response to climate change. The application of artificial intelligence and big data methodologies also enables an assessment to be made of our planet’s biodiversity.

The new global maps produced by the researchers gathered information from Google mass satellite observation data and then used a specially developed artificial intelligence program to assess the data and produce the color-coded maps. The satellites gathered temporal and spatial observations, and this produced a series of maps characterizing different biophysical parameters. To develop the maps required numerous observation-measurement pairings to be number crunched.

Speaking with Phys.org, lead researcher Álvaro Moreno explained why the maps were significant: “Until now, it was impossible to produce these maps because the required conditions weren’t available. We didn’t have powerful and accurate machine learning statistical tools, nor did we have access to great bodies of data or cloud computing.”

The new maps and the process behind them are published in the journal Remote Sensing, in a paper titled “Regional Crop Gross Primary Productivity and Yield Estimation Using Fused Landsat-MODIS Data” and an companion article in Remote Sensing of Environment titled “A methodology to derive global maps of leaf traits using remote sensing and climate data.”

The next steps are to use the technology to further assess the impact of climate change and to assess other important societal and ecological questions like the pressure on food production to meet population growth and the development of new technologies, like biofuel production. 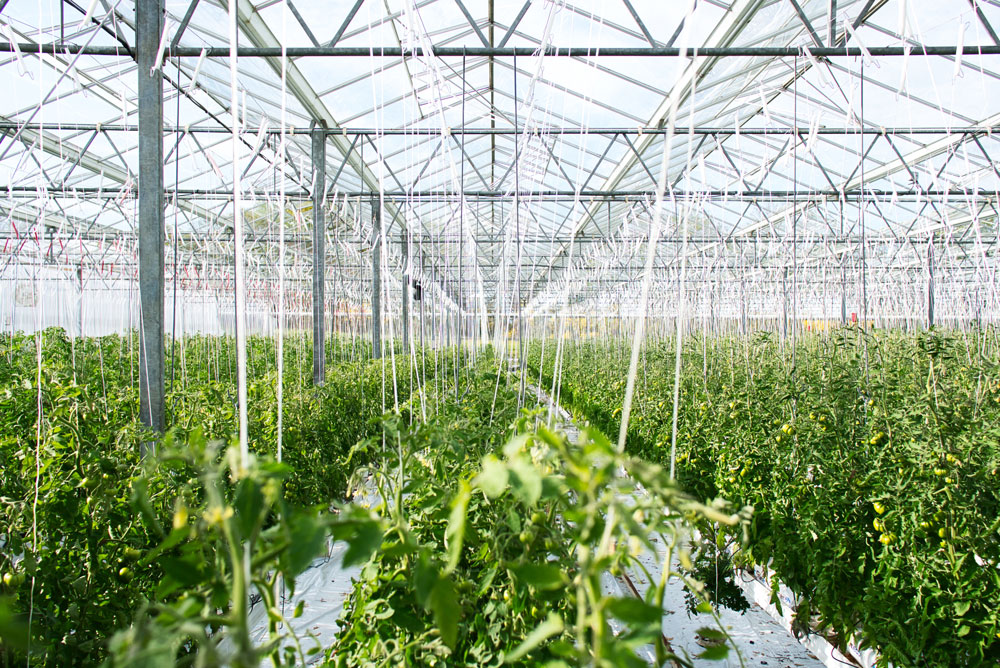 Startup Iron Ox has created a fully autonomous farm in San Carlos, California. The hydroponic indoor farm relies on two robots to plant, care for and harvest produce, and by doing so, they grow 30 times more produce than traditional farms.

San Carlos, California-based Iron Ox is a startup company founded in 2015 by Brandon Alexander and Jon Binney. The two founders decided to get into robotic farms after working at a number of other robotics companies. But as Alexander notes, in his stint at Google X, it was more about building cool technologies, rather than how robots could be used. As he told Tech Crunch, “We’d seen lots of novelty robotics stuff and wanted to avoid that.”

The two would-be urban farmers also realized that farming is very hard work. The U.S. alone has more than two million farms with 925,000 people to perform tasks like planting, seeding and inspection, contributing to total production expenses of $350 billion in 2017.

Then, there is the knowledge that agricultural productivity will need to increase by 60 percent in order to feed the world population by 2050. These factors inspired the young company to tap into a database of agricultural and horticultural knowledge, along with robotics, to design an indoor farm of the future.

Today, most of the leafy greens grown in the U.S. are produced in California and Colorado, particularly in the winter months when it’s colder in the rest of the country. So fresh leafy greens are actually two or three days old by the time they reach the supermarket. “That’s why we switched to indoors,” Alexander said. “We can decentralize the farm.”

“At Iron Ox, we’ve designed our entire grow process with a robotics-first approach,” Alexander said. “That means not just adding a robot to an existing process, but engineering everything … around our robots.”

In the company’s first 1,000-square-foot farm, which is already in full production, there is a 1,000-pound robot named Angus that can lift and move the large hydroponic boxes in which the produce is growing, and Iron Ox ’s robotic arm for all the fine manipulation tasks, like seeding and transplanting.

With this current setup, Alexander says they can produce about 26,000 plants per year — equivalent to the output of a one-acre outdoor farm. With this system, the farm grows leafy greens such as romaine, butterhead and kale, and herbs like basil, cilantro and chives — using sensors and collision avoidance systems “similar to that of a self-driving car.”

Alexander claimed that Iron Ox is able to do the equivalent of 30 acres of outdoor farming in just a single acre on its robotic farm. The company wants to build more small farms near urban centers so produce is fresher upon arrival. “Right now fresh produce really isn’t all that fresh. It’s traveling on average 2,000 miles from farm to grocery store, which means a lot of people are eating week-old lettuce or strawberries,” Alexander explained