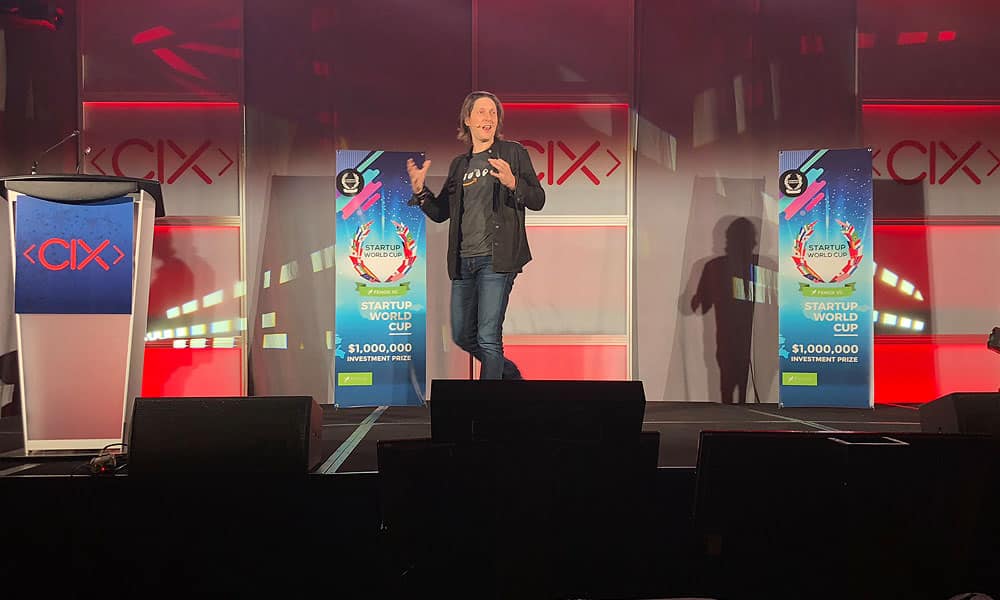 “We are seeing human intelligence being brought back with the rise of artificial intelligence,” he said during his keynote speech at CIX 2018.

Gore spent the next 30 mins talking about how various companies leverage big data for insight, and how designing artificial intelligence frameworks is creating new innovation and ways of thinking for humans.

Here are three major takeaways from his talk:

During his keynote, Gore turned to a quote from Joi Ito, director of MIT Media Lab, to get to the heart of the appeal of AI and cloud: “Want to increase innovation? Lower the cost of failure.”

Gore cites time, rather than money, as the biggest cost that failure incurs. Across multiple industries, AWS is seeing inventive uses of AI and machine learning (ML) that allow companies to innovate faster, using speed as a compelling sell point.

For example, GE Healthcare is innovating around medical imaging in order to provide better diagnosis and make preventative discoveries for patients. Their medical scanning equipment produces terabytes of data from each incredibly detailed scan, so it takes time for images to be processed. Using a combination of connected devices and machine learning tools is allowing GE to speed up image process for doctors who seek to improve early detection of tumors and other abnormalities.

AI and cloud are also being used by financial services giant Moody’s to filter through complicated financial documents.

The company has tens of millions of financial documents to mine for insights, but it is incredibly time-consuming to process manually. Moody’s now uses AWS’ AI Lab Solutions to find insights around trends and patterns, reducing the need for teams of people to work through the same quantity of documents.

Gore said it’s now becoming a question of proving an idea’s effectiveness over six weeks rather than six months. And thanks to the array of AI and ML tools available, you don’t have to be a ML engineer or a data scientist to develop a concept and get it running. 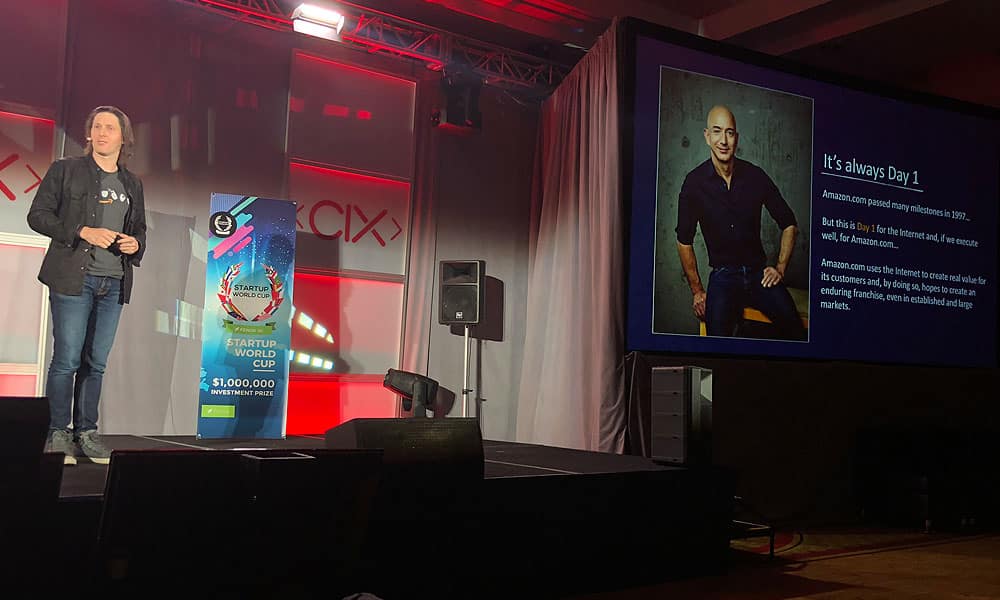 Get business out of the way of the customer

Gore also spoke about how technology can have a negative impact on customer interaction if it gets in the way.  Data is often the culprit.

As a business grows, you need to remain close to customers. The data may signal positive signs for a business, but at the end of the day a customer’s satisfaction and experience is the most important thing to a business.

One company that is taking a customer-centric approach to its technology is the NFL, Gore said.

The league is running an advanced stats platform on AWS that draws from thousands of games, providing valuable data about every level of the game. The organization doesn’t keep these insights to themselves, either – technology is used to provide an immersive experience for fans by combining statistical analysis with real-time video footage, allowing fans to engage with the sport like never before.

One of the key factors behind the AI and ML renaissance is that businesses are dealing with “hundreds of millions of interactions” that can be tracked, stored in the cloud, measured and mined for insights.

An example of a business doing big data analysis at scale is the online multiplayer game Fortnite.

Fortnite uses AWS to leverage the scale of the data, store it, and process it to gain insights that can be used to change the game. The 40 gigabytes of analytical data per minute that is tracked by gamemakers allows the company to constantly improve, helping to win the attention of players and retain them as customers.

AI will drive the next wave of sales and marketing innovation