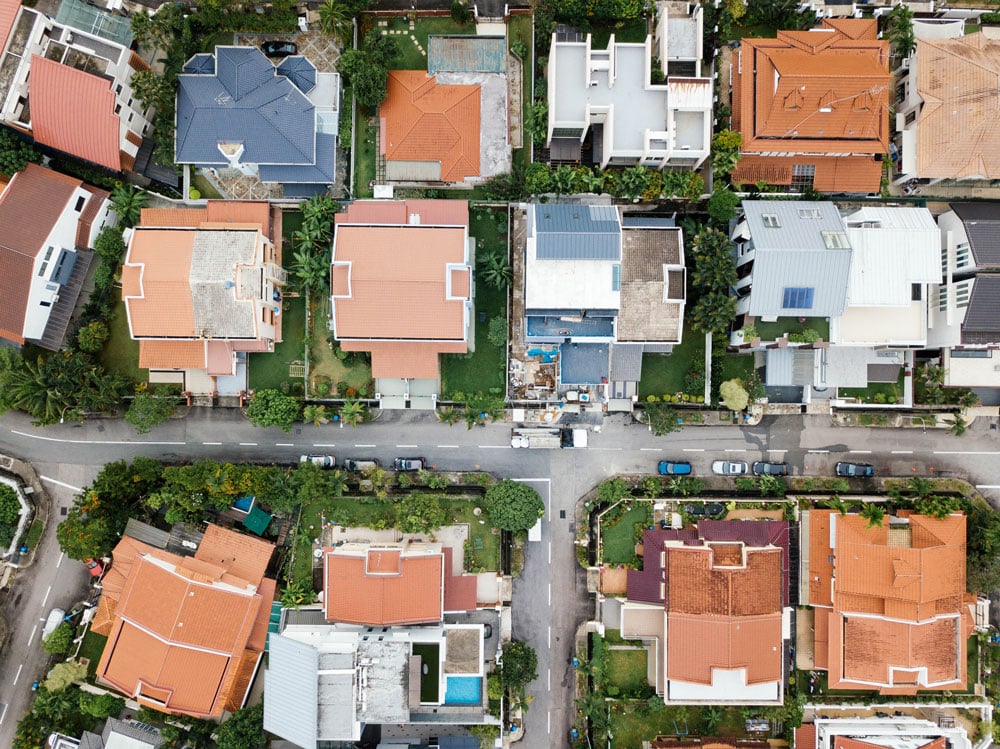 The real estate industry is not only the oldest but the biggest of our business entities, and today, technology is starting to disrupt it.

There’s a word for this kind of real estate technology. It’s called “proptech,” a technology developed specifically for the property market. Proptech brings together multiple facets of the industry — from planning and construction, to the sale of a property.

Proptech platforms allow realtors to remotely present on property development and sale information, but this is just one small part of what can be done with this technology. The platform also includes online services that transfer digitized documents to the cloud (which can then be digitally signed) and allow access to regulations pertaining to a particular property.

Devin Tu is the founder and CEO of MapYourProperty in Toronto, Canada. Tu’s company makes use of a digital tool that gives real estate developers a digital interface to access layers of important information about a property, including zoning bylaws and nearby proposals.

To show how the proptech app works, Tu described how it served one client. “We had a client looking at a site in North York that they thought was ideal. But then, they used our tool, which scanned 25 different regulations and checked developments in the area in real time,” said Tu. “It turns out they had missed a key floodplain regulation.”

Tu went on to say the client almost got stuck with a $10 million piece of property he would not have been able to develop. The area remains a parking lot today.

Regarding the developing trend of proptech, Tu notes that the recent growth of the property industry has come about because of necessity. There’s a shortage of land and competition is increasing, forcing realtors and clients to make quick decisions.

Frank Magliocco, a partner at PwC Canada who specializes in the housing market, told Mortgage Broker News that the real estate industry has been historically slow to embrace new technology.

“I think what you’re going to see now is a fairly significant ramp up in embracing that technology once it becomes more mainstream,” said Magliocco. “It’ll be increasingly important to remain and be competitive in the marketplace. Once you see these technologies prove out, you’ll see more and more adoption.”

It looks like Canada is going to end up as one of the next major regions for property technology innovation. Besides MapYourProperty, several large Canadian organizations have made announcements of their move into the PropTech space, including Toronto-based Colliers International and Brookfield.

Collision returns to Toronto with more than 35,000 planned attendees

Nicknamed ‘The Olympics of Tech,” Collision 2022 is back live after two years.

It’s been called “The Olympics of Tech.”

North America’s fastest-growing tech conference takes place June 20-23 at Toronto’s Enercare Centre. It is part of a series of technology conferences that include Web Summit in Europe and RISE in Hong Kong.

Welcoming attendees back after the 2020 and 2021 virtual editions of the conference, Paddy Cosgrave, founder and CEO of Collision & Web Summit said, “I just can’t tell you how excited I am to be back,” before introducing Toronto mayor John Tory.

“The numbers of people that come to this conference demonstrate the eagerness that everyone has to be together after a long pandemic,” said Tory. “It speaks to the impact of Collision itself, that so many people are here.”

Tory then outlined why Collision is right at home in the city of Toronto: “This is one of the fast-growing tech conferences in the world, for a reason, and there is a reason that Toronto is hosting it.”

“If you’ll forgive me a moment of truthful immodesty, we have cemented ourselves as a global hub for technology and innovation,” said Tory, before welcoming attendees to explore the city and see what it can do for their businesses.

“You can be part of this Toronto success story.”

To warm up the audience, however, a series of breakout startups presented their pitches, as a preview of what’s in store for attendees this week. Eight startups, three of which are Indigenous-owned (see asterisks), came to the stage. Startups featured were:

Collision and the state of the world

Collision is coming back at an interesting, particularly volatile time for the global economy and tech market. Inflation has skyrocketed, and the costs for everything from basic groceries to buying a car or home has led to a tremendous feeling of uncertainty.

For starters, recent weeks have seen the cryptocurrency market crumble, with even long-term investors starting to think of exiting the space. CNBC recently reported that the price of bitcoin fell more than 9% in 24 hours to $18,642.22, as of about 2 p.m. ET on Saturday, June 18.

Venture Capitalists have been pouring money into startups throughout the pandemic, at what we can now call an unsustainable level. The result? Overvaluation — a big risk to employees, as one CEO wrote for Forbes.

Ultimately, there is an air of optimism coming from Collision, where an enthusiastic and packed crowd were eager to kick off the event.

Attendees will be able to choose from an absolutely massive selection of sessions, across several tracks and curated lists of sessions.

With the aforementioned crypto crash at the top of many minds, the crypto track, featuring sessions like Mass Adoption: Crypto’s next challenge and How to regulate cryptocurrencies, is sure to be popular.

Those interested in startups can look forward to sessions like How Calgary is winning the global talent competition, How to recession-proof your startup, and 3 big mistakes founders make when building early-stage tech teams, among others.