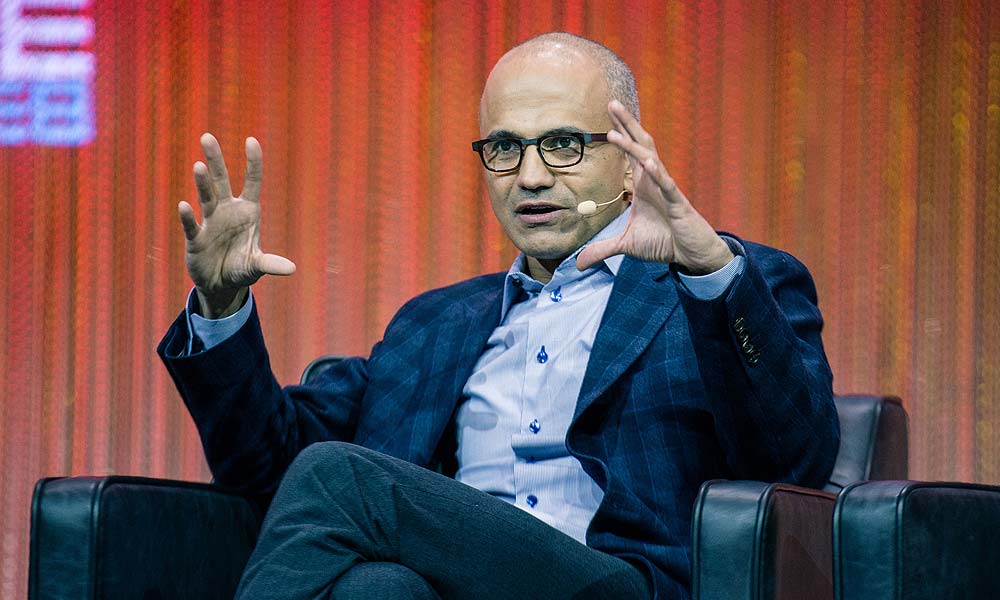 For a long time, Microsoft has been touting hybrid cloud, or a mix of on-premises and public cloud services.

And in the past year, both Amazon Web Services and Google Cloud have followed suit, making major announcements around hybrid cloud. Companies often choose to keep some of their work on data centers due to regulations, especially in industries like health or finance, and analysts say this will not change anytime soon.

Indeed, 58% of companies with more than 1,000 employees are now pursuing a hybrid cloud strategy, up from 51% last year, Flexera’s RightScale 2019 State of the Cloud Report says.

What’s more, 84% of those companies have a multi-cloud strategy, which means that they store workloads on multiple public clouds, hybrid clouds or data centers. This rose from 81% last year.

Microsoft launched its hybrid cloud Azure Stack in 2017, and currently, Microsoft is the only company out of the top three cloud providers that has a generally available hybrid cloud.

In addition, IBM is betting on its upcoming acquisition of Red Hat to help it become a top hybrid cloud player.

“Whatever the smart engineers work on is going to get better” 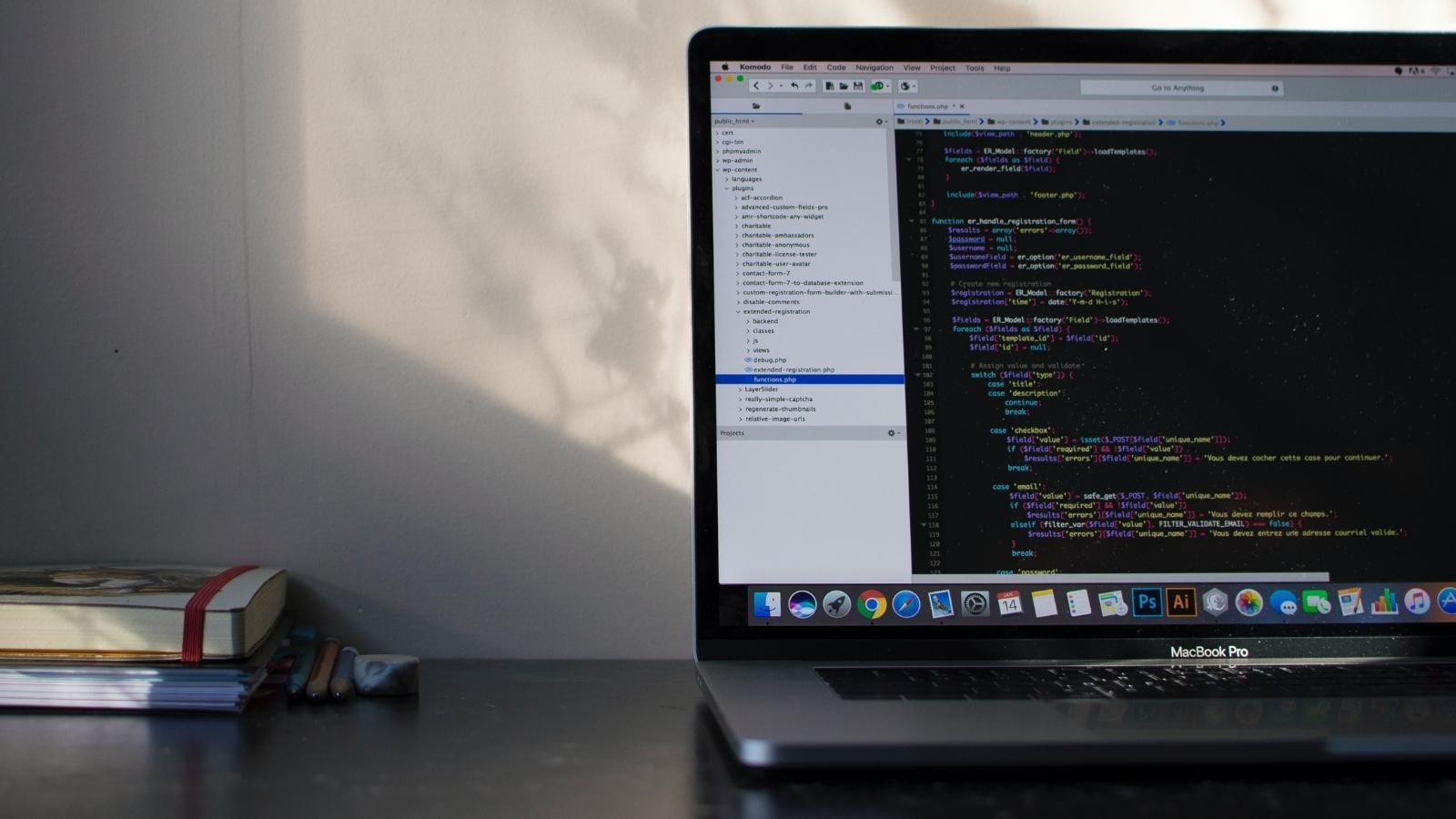 Marc Andreessen, a 28-year Silicon Valley veteran is an entrepreneur, investor, and software engineer. Most notably, he is one of the creators of early web browser Mosaic. He also launched Netscape, and early cloud and SaaS company Opsware.

At this unique moment where technology and its future can look unclear in terms of its trajectory, Andreessen sat for a new interview with McKinsey to discuss current tech trends like artificial intelligence, crypto, and Web3, and how these technologies develop and disrupt businesses.

Here are some excerpts from the interview.

“At any given time in the tech industry, there are two primary modes.

The second is hill-climbing mode, which is basically when you exploit the new opportunity or market. As you climb the hill, you refine the products and proliferate them to a mass market.”

“I would break “smart people” into two sets. The ones we track primarily are engineers, right? And the nature of engineers, in any given field, is that they just go to work and write software and build gizmos. Even at moments when lots of people are disillusioned about technology, the engineers just keep showing up for work. They’re engineers, it’s what they do, right? So whatever the smart engineers work on is going to get better. It may or may not be commercially successful, but it is going to improve.”

On web3 and cryptocurrency:

“I think this is a foundational technology change, a new architecture for building an entirely new generation of computing systems. We have become convinced that Web3/blockchain/crypto is foundational. It’s a big hill. It’s as foundational an architecture shift as the ones from mainframes to PCs, from PCs to web, from web to mobile, or from traditional software to AI. It’s a fundamental shift and building this out is a 25- to 30-year process.”

On what he’s tell companies about digital transformation:

“Find the smartest technologist in the company and make them CEO.

I’ve had these conversations a thousand times with companies, with the CEO, the board of directors. They’re not technologists, and I do my thing. I like people, and I like talking about this stuff. I walk them through the basics.

And I can always tell if there’s a real technologist in the room. The real technologist is not sitting at the table. They’re sitting against the wall. They’re never in the main group, and they sit there and nod their head. They’re thinking, “Finally, somebody is showing up and actually saying this to these people. Maybe they’ll finally get it.””

Will you be able to hear a deceased loved one’s voice through Amazon’s Alexa? 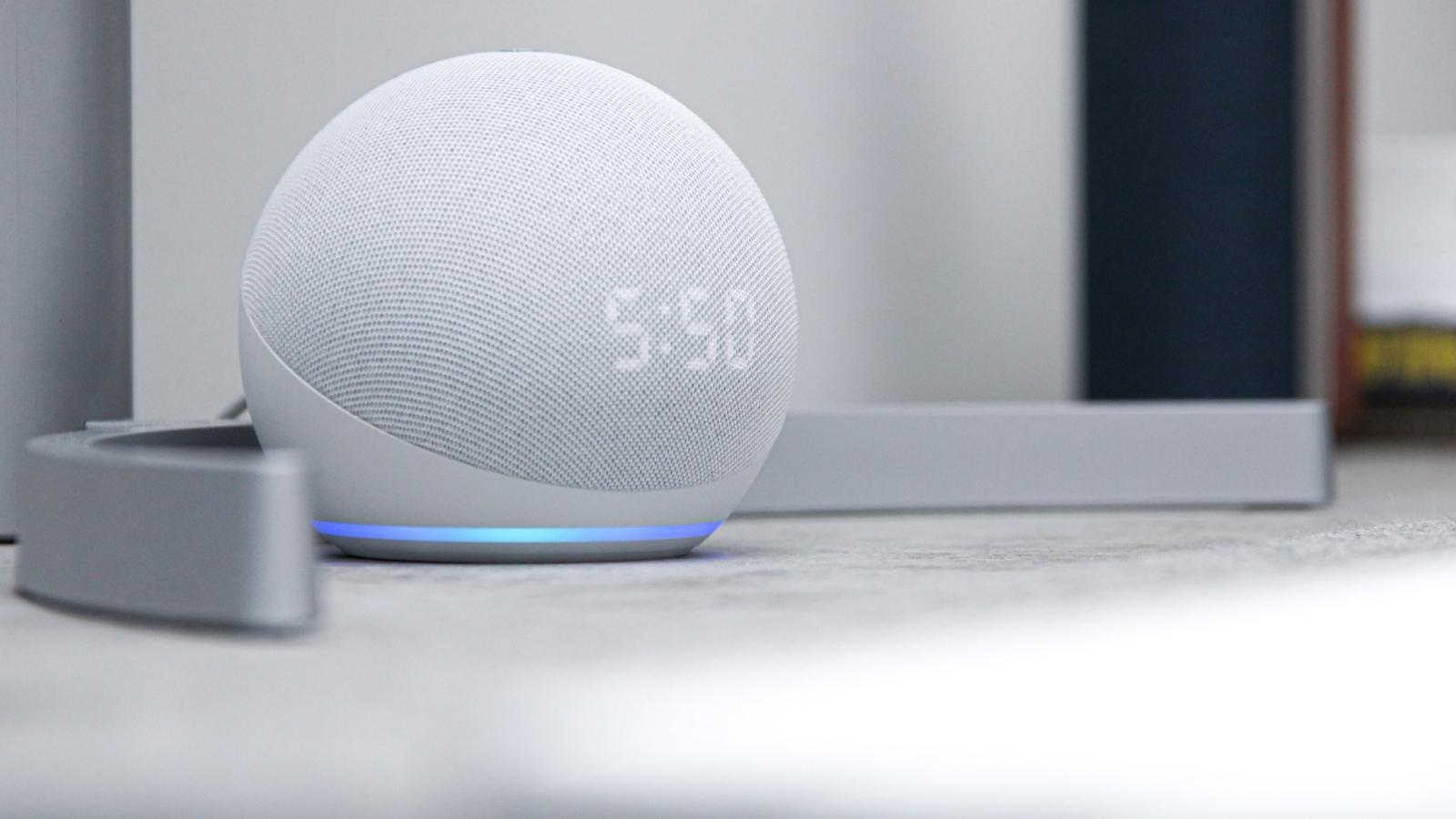 The promise? “Make the memories last.” The plan to get there? “Ambient Intelligence.”

The company is developing a feature that will allow Alexa, Amazon’s digital assistant, to mimic the voice of anyone it hears — using less than a minute of provided audio.

“The way we made it happen is by framing the problem as a voice conversion task and not a speech generation path,” he explained. “We are unquestionably living in the golden era of AI, where our dreams and science fictions are becoming a reality.”

The example used to explain this new feature involved a child asking “Alexa, can grandma finish reading me the Wizard of Oz?” Once Alexa affirmed the command, her voice changed. As mentioned above, Amazon wants to “make the memories last,” especially after COVID-19, where “so many of us have lost someone we love,” Prasad added.

While these examples — alongside applications like helping those with speech impediments — are Amazon’s primary goal with this development, it’s not hard to see potential abuse and security concerns of this feature. For starters, politically-aligned/motivated deep fakes. There’s also, as CNET pointed out, an ethics issue about the rights of the deceased’s voice — specifically, how long it can be kept on a device or company server.

What is ambient intelligence?

AI, the underlying technology used here, has been around for a while. Prasad explains ambient intelligence this way:

“Ambient intelligence is artificial intelligence [AI] that is embedded everywhere in our environment. It is both reactive, responding to explicit customer requests, and proactive, anticipating customer needs. It uses a broad range of sensing technologies, like sound, vision, ultrasound, atmospheric sensing like temperature and humidity, depth sensors, and mechanical sensors, and it takes actions, playing your favorite tune, looking up information, buying products you need, or controlling thermostats, lights, or blinds in your smart home.”

He elaborates that Alexa is made up of over 30 machine learning systems that can each process different sensory signals. Ambient intelligence is the path that leads to generalizable intelligence (GI). Now, while this sounds like something out of a movie where robots take over the world, according to Prasad there are three key attributes of GI:

5 technologies and ideas featured at Collision to explore further

The biggest question? Will there be widespread adoption. 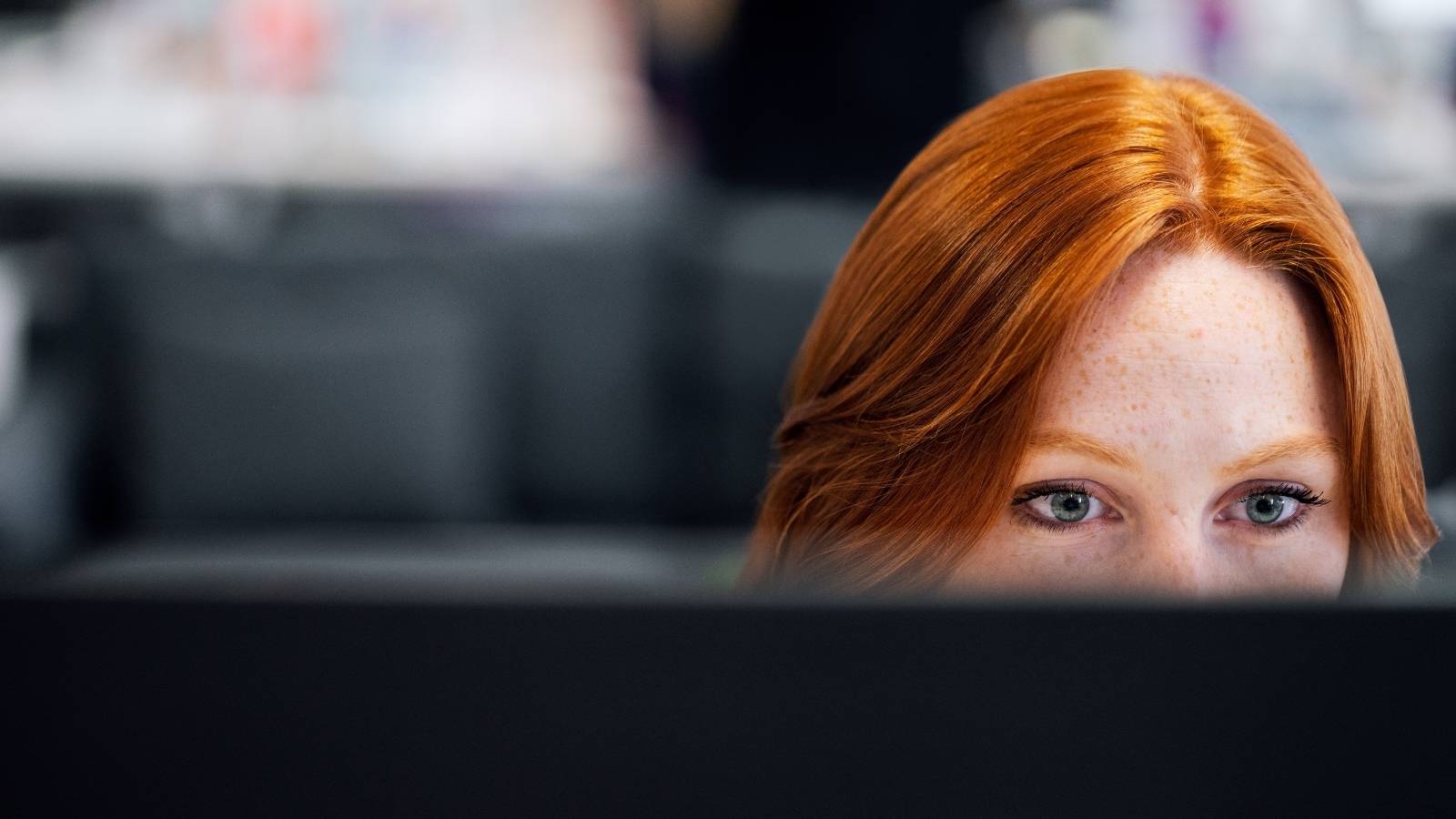 After two years of virtual conferences, Collision returned to Toronto, where more than 35,000 attendees took in sessions with industry leaders, listened to startup pitches, and, of course, networked as much as possible.

Was almost every technology under the sun featured in some way at Collision? Yes. Were there still some ideas that seemed to pop up a little more frequently than others? Also yes.

The primary idea surrounding most of these technologies was adoption. They might be heavily theorized or even actively used by a small minority, but the issue of widespread adoption is still up for debate.

Here are 5 technologies and ideas featured at Collision 2022 that you need to know and explore further, as they continue to dominate the digital transformation conversation this year (and beyond).

With cryptocurrency taking a nosedive and the metaverse becoming an increasingly buzzed-about concept (more on this below), many people are looking at web3 with either confusion or skepticism.

For starters, web3 is essentially the third generation of the internet. While the first iteration was mainly just static pages the audience consumed, the second generation of the internet was where large conglomerates took over — e.g. Facebook and Google. These companies control your data. Web3, however, is based on a principle of decentralization and blockchain technology. (Here’s a really good explainer!)

That said, web3 is still a work in progress. Much like cryptocurrency and the metaverse, it has plenty of critics who aren’t yet ready to fully dive in, and are simply tip-toeing around and learning more.

Yes, cryptocurrency hasn’t had the best 2022, but there are still lots of believers in digital currency. And while blockchain has a wide variety of applications, its most-cited use is with cryptocurrencies, where transaction records are maintained.

If you’re looking for an explanation of blockchain, Deloitte challenged itself to explain the original intent of the blockchain in fewer than 100 words:

You (a “node”) have a file of transactions on your computer (a “ledger”). Two government accountants (let’s call them “miners”) have the same file on theirs (so it’s “distributed”). As you make a transaction, your computer sends an e-mail to each accountant to inform them.

Each accountant rushes to be the first to check whether you can afford it (and be paid their salary “Bitcoins”). The first to check and validate hits “REPLY ALL”, attaching their logic for verifying the transaction (“proof of work”). If the other accountant agrees, everyone updates their file…

This concept is enabled by “Blockchain” technology.

Aside from its use in cryptocurrency, blockchain can be applied to a wide variety of multi-step transactions. For example, managing a supply chain, contracts, and even your data.

You’ve likely come across the idea of the ‘metaverse’ in the last 6 months or so — especially after Facebook announced its rebrand to ‘Meta.’ In doing so, the company emphasized its new focus on the metaverse, a catch-all term for virtual worlds, VR, and AR, as this Verge article explains.

The primary interest in the metaverse lies in the retail, gaming, and entertainment sectors. Some examples of activities include shopping at virtual malls, buying digital art (ie. NFTs), buying digital land, and taking part in immersive learning. Many proponents of the metaverse see the future of the infrastructure as being a world that closely mimics the real one — though plenty of questions and myths remain. For example, security, privacy, and even the actual comfort and cost of the necessary headsets.

Artificial intelligence has been a DX buzzword for a number of years now, but it’s still playing a key role.

On June 22, Canada’s Minister of Science, Innovation, and Industry François-Philippe Champagne announced the launch of the second phase of the Pan-Canadian Artificial Intelligence Strategy — thanks to an investment of more than $443 million committed in Budget 2021.

This phase will, according to the press release, “seek to bridge world–class talent and cutting-edge research capacity with commercialization and adoption to ensure that Canadian ideas and knowledge are mobilized here at home.”

Ultimately, the goal is responsible adoption and commercialization of AI across Canada’s economy, while enhancing the country’s research and talent pool. As this piece from Policy Options explains, “Much of the untapped potential of AI lies not only in the development and scaling of AI startups but also in its adoption beyond the tech sector.” They go on to explain that AI, being a “general-purpose” technology, has potential across all economic sectors — and can be a factor in building back the economy post-pandemic.

Quantum computing is actually one of those ideas that can be difficult to explain and/or wrap your mind around, but it is moving quickly toward commercial viability.

In the eyes of those hyping it up, it’s going to tackle global warming, revolutionize pharmaceutical drug development, and be a gamechanger for the chemicals industry.

Simply put, as TED Fellow Shohini Ghose explains in the following video, “a quantum computer is not just a more powerful version of our current computers, just like a lightbulb is not a more powerful candle.” In fact, it’s something else entirely, based on deeper scientific understanding and quantum physics.

While quantum computing is still in its experimental/developmental phase, it’s definitely an emerging science to keep an eye on.