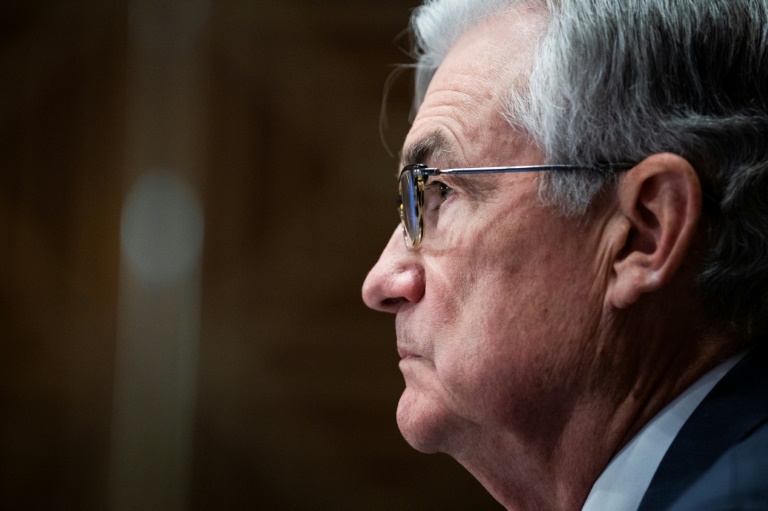 Investors shifted cautiously in Asian trade Wednesday as they nervously awaited what is expected to be the biggest Federal Reserve interest rate hike in more than two decades.

With inflation showing little sign of easing from its 40-year highs, the US central bank has set itself on a hawkish course of tightening this year, sending shivers through world markets.

The prospect of higher borrowing costs has been compounded by a range of crises including the war in Ukraine, elevated oil prices and China’s Covid lockdowns that have strangled crucial global supply chains.

The Fed now has to walk a fine line between getting control of surging prices and making sure it does not knock the recovery in the world’s top economy off course.

“The Fed remains very focused on bringing inflation down, however, any further hawkish pivots will likely be tempered to some extent by the desire to achieve a soft landing,” said Blerina Uruci at T. Rowe Price.

The Fed is expected to announce a 50 percentage point lift Wednesday — its biggest since 2000 — but boss Jerome Powell’s post-meeting news conference will be closely watched for an idea about future hikes.

Speculation was swirling that 75 points could be on the table at some point this year.

“Powell will fall back to ‘we are not on pre-set rate hikes’ or something along those lines — ‘we go in with an open mind each meeting and will talk it over and we’ll see where we go from there’,” said Tony Farren, managing director at Mischler Financial Group.

After a broadly positive lead from Wall Street, Asian markets were mixed in holiday-thinned trade.

Oil prices enjoyed gains after another drop on Tuesday fuelled by the expected hit to demand from China’s coronavirus lockdowns, including in the country’s biggest city Shanghai.

The measures have offset supply concerns caused by the Ukraine war and bans on imports of Russian fuel, even as the European Union discusses following US and British embargoes.

A huge release of crude from reserves by dozens of countries including the United States has also helped keep prices tempered.

Investors are waiting for a meeting Thursday of OPEC and other major producers including Russia, where they will discuss whether or not to lift output more than expected.

Tokyo – Nikkei 225: Closed for a holiday

Shanghai – Composite: Closed for a holiday 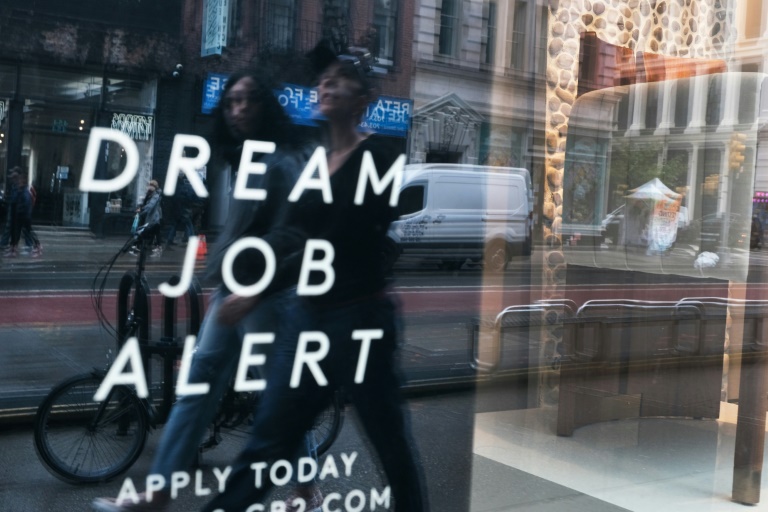 Asian equities rose Friday following a strong performance on Wall Street ahead of a key US jobs data release, while crude held most of the previous day’s gains after an output hike disappointed traders.

A below-forecast reading on US private jobs offered some support to New York, even as inflation and interest rate hike concerns remained major headaches.

While observers said the reading from payroll firm ADP was not usually a good guide for the official report, a soft number on Friday could give the Federal Reserve a little room to ease off its rate hike drive and provide a much-needed boost to sentiment.

“Seemingly, anything that keeps the Fed from a more aggressive rate-hiking path appears to be greeted with open arms by equities,” said Stephen Innes of SPI Asset Management.

For now, expectations are for the US central bank to continue tightening monetary policy with half-point hikes at upcoming meetings, while vice chair Lael Brainard warned she did not yet see any reason to take a breather in the third quarter, as some had hoped.

Still, a rally in beaten-down tech firms helped drive healthy gains on Wall Street, and Asia managed to ride on the coattails.

Tokyo rose more than one percent, while Sydney, Seoul, Singapore, Wellington and Jakarta were also up, though Manila dipped.

Hong Kong, Shanghai and Taipei were closed for holidays.

But analysts remain on edge about the near-term outlook owing to uncertainty caused by a range of issues including the Ukraine war and China’s economic travails.

“We believe a slight lean toward defensive sectors and away from the growth-oriented areas of this market still make sense,” said Scott Brown, of LPL Financial.

“Outside of this recent rally, very little about this market has changed from a technical standpoint and that makes us wary of calling the all-clear.”

Hopes that OPEC and other major crude producers could ease pressure on inflation by ramping up output were dealt a blow when they agreed to pump just 50 percent more per month.

The announcement did little to soothe worries about a supply shortage caused by bans on US and UK imports from Russia, and came just as European leaders said they would impose a partial embargo on shipments.

A report showing a steep drop in US stockpiles added to the woes on oil trading floors, with some commentators saying prices could once again spike as China relaxes long-running lockdown measures in major cities.

Shanghai – Composite: Closed for a holiday 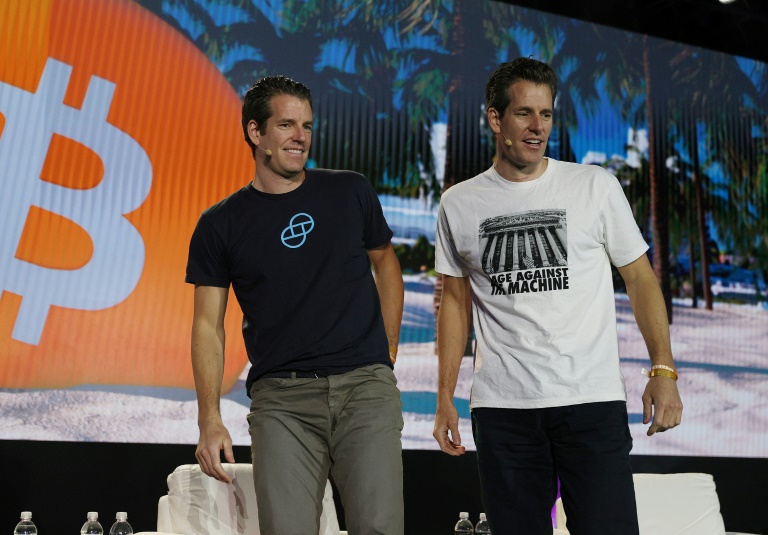 US regulators on Thursday said they are suing the Gemini Trust cryptocurrency exchange, which is run by Cameron and Tyler Winklevoss, for giving misleading answers in 2017 about a bitcoin project.

The Commodity Futures Trading Commission lawsuit filed in federal court in New York accuses Gemini of not being upfront about how easy it would be to manipulate a bitcoin futures project proposed at the time, the agency said in a statement.

The futures contract launched at the end of 2017 and stopped trading two years later, according to blog posts from Gemini and a partner company

“This enforcement action sends a strong message that the Commission will act to safeguard the integrity of the market oversight process,” Lowe said.

The US agency is seeking financial penalties, the surrender of any ill-gotten gains, and an injunction forbidding Gemini from such behavior in the future, it said.

Gemini defended its record when asked about the suit.

“We have an eight year track-record of asking for permission, not forgiveness, and always doing the right thing,” it told AFP, adding: “We look forward to definitively proving this in court.”

Cameron and Tyler Winklevoss, twin Harvard classmates of Mark Zuckerberg, who sued him over claims he stole the idea for Facebook from them, started and run New York-based Gemini.

The brothers told Gemini employees on Thursday that about 10 percent of them were being laid off as staff is trimmed to endure a “crypto winter” likely to persist for a while, according to a copy of the email posted online by the company.

“The crypto revolution is well underway and its impact will continue to be profound, but its trajectory has been anything but gradual or predictable,” the brothers said.

The industry is in a “contraction phase that is settling into a period of stasis — what our industry refers to as ‘crypto winter'” compounded by macroeconomic and geopolitical turmoil, they added. 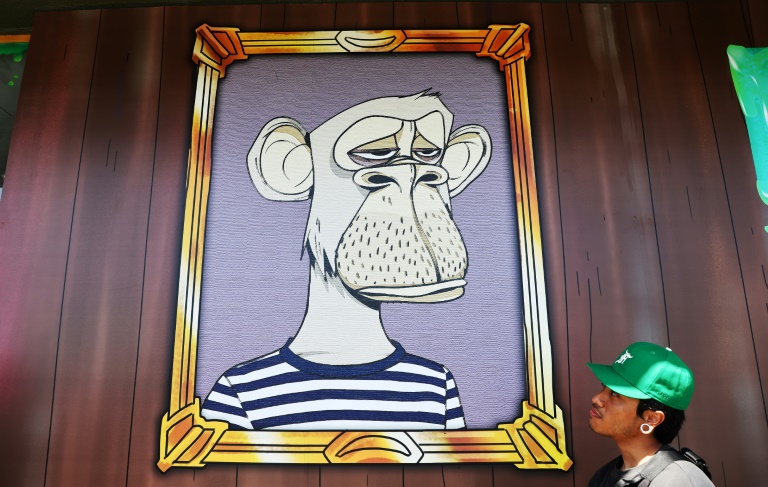 US authorities have charged a former manager at a digital exchange platform with fraud and money laundering, in what they said was the first insider trading case involving non-fungible tokens, or NFTs.

Nathaniel Chastain was working as a product manager at New York-based OpenSea last year when he secretly bought dozens of NFTs that were about to be featured on the platform’s home page, federal prosecutors said in a statement Wednesday.

Chastain, 31, went on to sell the NFTs for two to five times the initial price after they got star billing at the OpenSea website, the criminal case against him states.

NFTs are tokens linked to digital images, collectable items, avatars in games or objects in the burgeoning virtual world of the metaverse.

“NFTs might be new, but this type of criminal scheme is not,” US attorney Damian Williams said in a release. “Nathaniel Chastain betrayed OpenSea by using its confidential business information to make money for himself.”

Chastain was arrested in New York on Wednesday on charges of wire fraud and money laundering that each carry a maximum penalty of 20 years in prison, prosecutors said.

US media reported that he was later released on bail after entering a non-guilty plea.

The arrest was touted by prosecutors as the first-ever insider trading bust involving digital assets.

“With the emergence of any new investment tool, such as blockchain supported non-fungible tokens, there are those who will exploit vulnerabilities for their own gain,” FBI assistant director-in-charge Michael Driscoll said in the release.

Part of Chastain’s job was to pick NFTs to be featured on OpenSea’s homepage, with the choices kept secret because prices typically jumped after they got top billing, the criminal complaint said.

The likes of Paris Hilton, Gwyneth Paltrow and Serena Williams have boasted about owning NFTs and many under-30s have been enticed to gamble for the chance of making a quick profit.

Prices have fallen and the reputation of the industry has been hammered for much of the year.