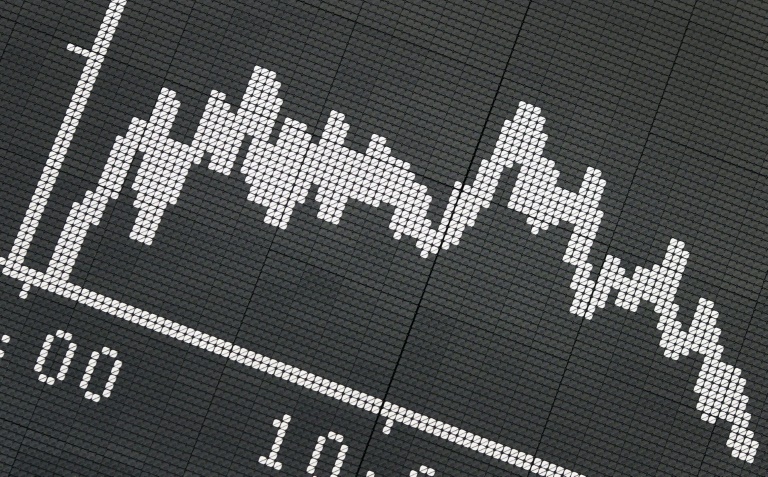 Asian markets fluctuated Tuesday as investors struggled to maintain a global rally, with inflation continuing to niggle owing to a pick-up in oil prices while a top Federal Reserve official pressed for a series of sharp interest rate hikes.

With Wall Street closed for a holiday there were few catalysts to help extend the gains enjoyed in recent days, allowing inflation and borrowing costs to take centre stage.

Crude prices built on Monday’s advance after the European Union reached a deal on a partial embargo of Russian imports as part of a punishment for its invasion of Ukraine.

Brent broke above $122 for the first time in two months and WTI was sitting around $117 as European chiefs said the latest sanction would ban purchases of Russian oil delivered by sea, though there would be a temporary exemption for pipelines.

While widely expected, the agreement adds further upside to crude just as China begins to ease Covid restrictions in Shanghai and Beijing, raising the likelihood of a jump in demand from the world’s number two economy.

The lift in oil prices will help fan already elevated inflation and pile further pressure on central banks to tighten monetary policy to prevent it running out of control.

In a sign of the struggle policymakers face, German prices are rising at their fastest pace ever while Spain’s topped forecasts.

In the United States, the chances of an extended period of rate hikes were increased after Federal Reserve Governor Christopher Waller said he favoured half-point hikes “for several meetings” until inflation slows towards the bank’s two percent target.

He added that his goal was in line with market expectations, which is about 2.75 percent in December.

Joe Biden is due to hold talks with Fed boss Jerome Powell on Tuesday to discuss the inflation situation. US jobs data Friday will provide an update on the state of the US economy in light of soaring prices and rising rates.

The prospect of a period of rates rising higher for longer lifted the dollar against the euro, pound and yen as well as other currencies.

Asian equity markets swung through the morning, though there was some cheer from data showing China’s manufacturing shrunk in May at a slower rate than expected.

Hong Kong edged slightly lower after two days of gains that saw it put on around five percent, while Shanghai was also marginally off.

Sydney, Taipei and Manila were also in the red, though Tokyo, Seoul, Singapore, Jakarta and Wellington rose.

But AXA Investment Managers’ Chris Iggo warned that another 10-15 percent retreat for stocks could still be a possibility.

“The mood is temporarily better in markets,” he said, adding that “I think the worst is over for bond markets but picking the bottom in equities is trickier.” 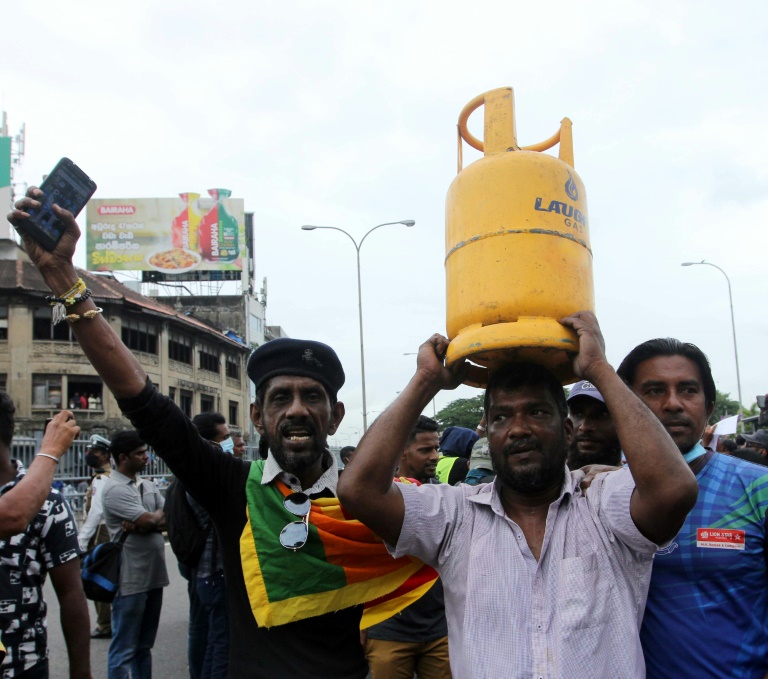 Sri Lanka’s inflation hit a ninth consecutive record in June, official data showed Friday, rising to 54.6 percent a day after the IMF asked the bankrupt nation to rein in galloping prices and corruption.

It was the first time the increase in the Colombo Consumer Price Index (CCPI) crossed the psychologically important 50 percent mark, according to the department of census and statistics.

The figures came hours after the International Monetary Fund urged Sri Lanka to contain spiralling inflation and address corruption as part of efforts to salvage the troubled economy, which has been ravaged by a foreign exchange crisis.

The IMF ended 10 days of in-person discussions with Sri Lankan authorities in Colombo on Thursday following the country’s request for a possible bailout.

The CCPI has been setting new monthly highs since October, when year-on-year inflation stood at just 7.6 percent. In May it reached 39.1 percent.

The rupee has lost more than half its value against the US dollar this year.

According to an economist at Johns Hopkins university, Steve Hanke, who tracks price increases in the world’s troublespots, Sri Lanka’s current inflation is 128 percent, second only to Zimbabwe’s 365 percent.

Faced with an acute energy shortage, Sri Lanka is observing a shutdown of non-essential state institutions for two weeks, along with the closure of schools to reduce commuting.

The country’s 22 million people have been enduring acute shortages of essentials — including food, fuel and medicines — for months.

Protests are continuing outside President Gotabaya Rajapaksa’s office demanding his resignation over the unprecedented economic turmoil and his mismanagement.

Sri Lanka went to the IMF in April after the country defaulted on its $51 billion external debt. 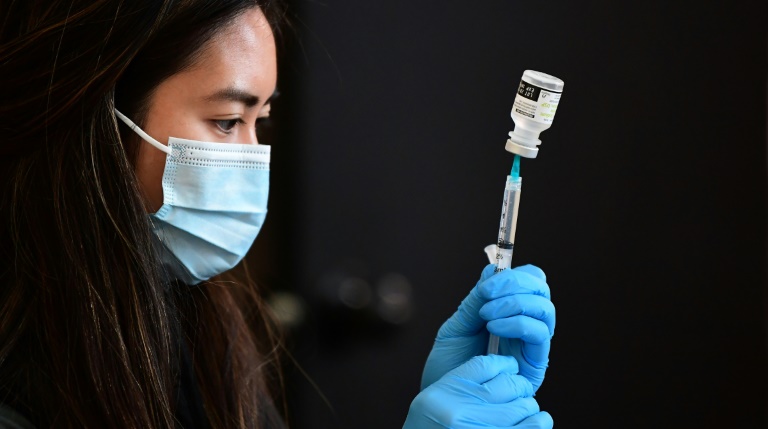 The World Bank’s board on Thursday approved creation of a fund meant to finance investments in strengthening the fight against pandemics.

The fund will support prevention, preparedness and response (PPR), with a focus on low- and middle-income countries, the bank said in a statement.

“The devastating human, economic, and social cost of Covid-19 has highlighted the urgent need for coordinated action to build stronger health systems and mobilize additional resources,” it said.

The World Bank added that the fund, which it aims to open later this year, was developed under the leadership of the United States, Italy and Indonesia as part of their G20 presidencies, and with broad support from the G20.

It will be used in a number of areas, including disease surveillance, with more than $1 billion in commitments already announced.

“The World Bank is the largest provider of financing for PPR with active operations in over 100 developing countries to strengthen their health systems,” World Bank President David Malpass said in the statement.

The so-called financial intermediary fund (FIF) will provide financing to “complement the work of existing institutions in supporting low- and middle-income countries and regions to prepare for the next pandemic,” the World Bank said.

The World Health Organization is a stakeholder in the project and will provide technical expertise, its president Tedros Adhanom Ghebreyesus said.

US President Joe Biden said more than 1 million Americans and millions of people around the world have lost their lives to Covid-19, underscoring the importance of boosting investment in pandemic preparedness.

“When it comes to preparing for the next pandemic, the cost of inaction is greater than the cost of action,” Biden said in a statement late Thursday. “Investing in preparedness now is the right thing and the smart thing to do.”

In a separate statement earlier in the day, US Treasury Secretary Janet Yellen called the fund “a major achievement that will help low- and middle-income countries be better prepared for the next pandemic.”

“Even as we continue to work to end Covid-19, today’s decision by World Bank shareholders will help bolster capacity to prevent, detect, and respond to future pandemics,” she said.

A spokesperson for the World Bank told AFP that if the Covid-19 pandemic is still ongoing when the fund is implemented, it could be used to provide support against the current as well as future pandemics. 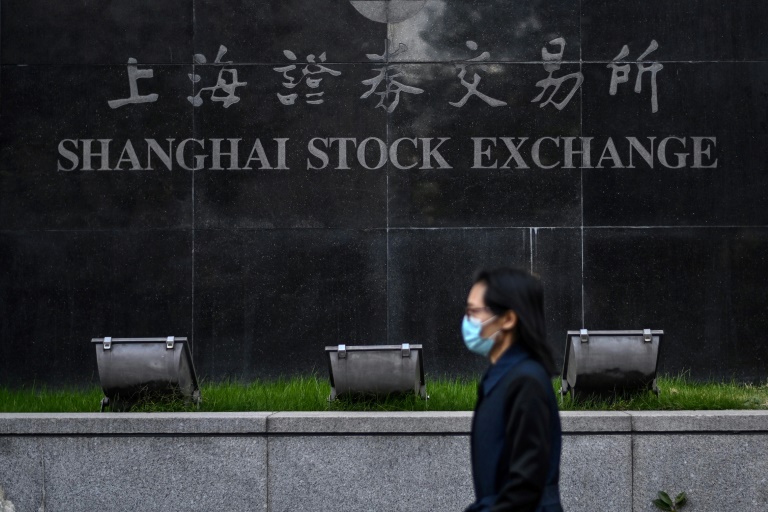 Asian markets struggled again Friday following another selloff on Wall Street fuelled by recession fears, with warnings of a bleak outlook for the global economy as central banks slam on the brakes to battle soaring inflation.

Data showing US consumers — the backbone of the world’s top economy — were growing increasingly reticent about spending dealt a fresh blow to equities Thursday, with the S&amp;P 500 suffering its worst January-June since 1970.

With the war in Ukraine showing no sign of ending — keeping energy costs elevated — there is an expectation that borrowing costs will continue to rise and send economies into recession.

“If anyone thinks that equities can rally into the back of the year, they are making the assumption that the Fed is going to let go of its entire focus on price stability and step back from that,” Seema Shah, at Principal Global Investors, told Bloomberg Television.

“We have a very different view. We think things are going to get pretty tough.”

After a broad retreat on Thursday in Asia, markets battled to recover but with little conviction.

Tokyo, Shanghai, Seoul, Taipei and Bangkok all fell, though there were small gains in Sydney, Singapore, Manila and Jakarta.

Hong Kong was closed for a holiday.

Losses across world markets this week come after a rally last week fuelled by hopes that an economic slowdown or signs of recession would lead central banks to ease off their monetary tightening drive.

But comments from top finance chiefs, including Federal Reserve boss Jerome Powell, suggest they are willing to endure the pain of a contraction as long as they can rein in prices — which are rising at their fastest pace in 40 years.

“With central banks shifting towards accepting that monetary tightening is impossible without some economic damage, the market narrative has swung 180 degrees this week,” said SPI Asset Management’s Stephen Innes.

He added that sharp rate hikes by the Fed and other central banks were being front-loaded in the hope inflation will ease earlier and allow them to cut borrowing costs more quickly.

“The hope is that by the November midterm elections, when the economy has chilled enough, it will be possible to pause or at least significantly slow further hikes to allow investors to enjoy a Santa Claus rally; otherwise, it could be a winter of discontent,” Innes said.

However, markets strategist Louis Navellier suggested that the economy was not in as bad a shape as feared.

“The amazing thing is that we are not in an ‘earnings recession’ and the analyst community remains largely positive,” he said in a note.

“Frankly, the analyst community is smarter than the macro strategists that keep calling for a recession. The bottom line is fear sells, so negative news continues to overpower positive analyst comments.”

Oil prices ticked higher but still headed for a third successive week of losses owing to concerns that a recession will hit demand.

That has overshadowed a tight market caused by sanctions on Russia over its Ukraine invasion and an expected jump in demand from China as it emerges from its Covid lockdowns.

Innes added: “With energy bulls having a good run this year, investors seem more inclined to take money off the table in the face of growing uncertainty as the energy crisis moves onto the global recession phase.