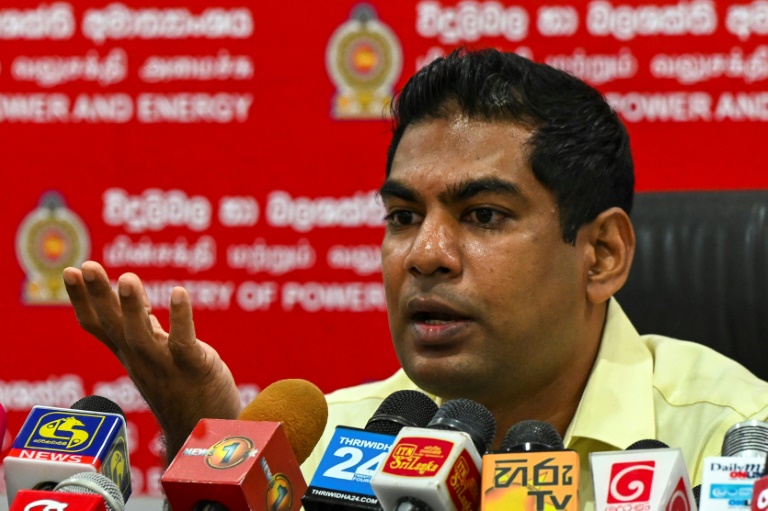 Cash-strapped Sri Lanka took delivery Saturday of Russian oil — which could soon be subject to a European embargo — to restart operations at the country’s only refinery, the energy minister said.

The island nation is suffering its worst economic meltdown since independence, with shortages of fuel and other essentials making life miserable for its 22 million people.

The Russian crude delivery had been waiting offshore of the capital Colombo’s port for over a month as the country was unable to raise $75 million to pay for it, energy minister Kanchana Wijesekera said.

Colombo is also in talks with Moscow to arrange direct supplies of crude, coal, diesel and petrol despite US-led sanctions on Russian banks and a diplomatic outcry over Russia’s invasion of Ukraine.

“I have made an official request to the Russian ambassador for direct supplies of Russian oil,” Wijesekera told reporters in Colombo.

“Crude alone will not fulfil our requirement, we need other refined (petroleum) products as well.”

Around 90,000 tonnes of Siberian light crude will be sent to Sri Lanka’s refinery after the shipment was acquired on credit from Dubai-based intermediary Coral Energy.

Wijesekera said Ceylon Petroleum Corporation (CPC) was already in arrears of $735 million to suppliers and no one came forward to even bid for its oil tenders.

He added that the Siberian grade was not an ideal match for the refinery, which is optimised for Iranian light crude, but no other supplier was willing to extend credit.

Sri Lanka will nonetheless call for fresh supply tenders in two weeks before the stock of Siberian light runs out, Wijesekera said.

The Sapugaskanda refinery on Colombo’s outskirts will resume work in about two days to produce about 1,000 tonnes of diesel daily to meet an acute shortage.

European Union leaders are meeting on Monday in an effort to negotiate a fresh round of sanctions against Russia over the Ukraine conflict, including an oil embargo.

Russian oil is already subject to a US embargo and its barrels have traded at a steep discount from international benchmarks, which have risen substantially since the conflict began.

Its people are also grappling with a serious lack of imported food and pharmaceuticals, along with record inflation and lengthy daily blackouts.

A demonstration outside President Gotabaya Rajapaksa’s office in Colombo demanding his resignation over the government’s economic mismanagement entered its 50th day Saturday.

Meanwhile thousands of activists led by university students marched through the streets of Colombo and clashed with police guarding access roads to Rajapaksa’s official residence.

Two people were briefly detained by police and later released, according to witnesses.

There were no reports of serious casualties, but ambulances were seen ferrying some people affected by tear gas.

Despite some sharp wage rises, low-paid US workers have far to go 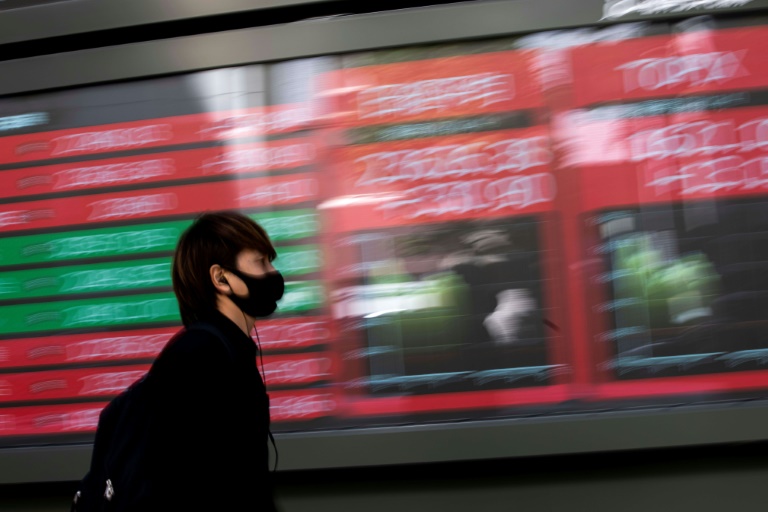 Asian markets mostly fell Tuesday as investors struggled to maintain a recent rally while weighing central banks’ inflation-fighting rate hikes and the possibility of a recession.

Shares rallied last week as the prospect of a contraction saw traders lower their bets on how long finance chiefs will tighten monetary policy, with some commentators eyeing possible cuts at the back end of 2023.

But the global advance fizzled Monday in New York, and on Tuesday, Asian investors ran out of puff.

Meanwhile, analysts said there was a worry on trading floors that the upcoming earnings season could see a lot of firms lower their forecasts for the year ahead.

“There is a clear lack of conviction by investors, with light trading volumes favouring the notion of an exhausted market with big declines set to be recorded this quarter, notwithstanding the outsized gains logged last week,” said National Australia Bank’s Rodrigo Catril.

Hong Kong was among the big losers, with tech firms reversing the previous day’s surge, while there were also losses in Shanghai, Tokyo, Seoul, Singapore, Taipei, Jakarta and Wellington.

Sydney and Manila bucked the trend.

Another pledge by the central People’s Bank of China to provide support to the world’s number two economy had little impact on sentiment.

Still, some commentators remain relatively upbeat as the second half of the year approaches.

And Ben Laidler, a global markets strategist at eToro, added that a lot of the expected economic weakness had been largely factored in by dealers.

“Much is already discounted by markets, which may be in ‘bad news is good news’ mode, as a slowdown cools inflation and interest rate fears,” he said.

“A ‘less bad’ gradual easing of inflation risks is possible, as is a slowdown — not recession — driving a ‘U-shaped’ rebound. The focus for investors is on cheap and defensive assets while managing rising risks.”

Oil prices jumped, building on a rally that has seen Brent and WTI pile on more than eight percent since Wednesday. Both main contracts had fallen heavily earlier in the month on recession worries.

The gains have come on the back of a pick-up in demand from China as it gradually emerges from lockdowns, while supply fears have been raised by political crises in producers Libya and Ecuador. 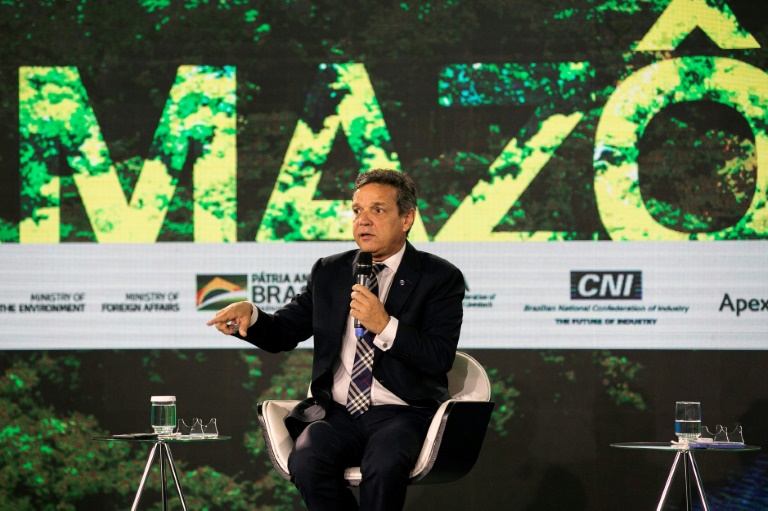 The board of directors at Brazilian oil giant Petrobras on Monday approved President Jair Bolsonaro’s pick to be the state-controlled company’s chief.

Caio Paes de Andrade will be the company’s fourth president in less than four years. His mandate is due to run until April 2023 but his predecessor Jose Mauro Coelho only lasted 40 days.

Coelho had been due to stay in place until his successor was appointed but resigned last week following harsh criticism by Bolsonaro over a new hike in fuel prices.

Bolsonaro, who is up for re-election later this year, has repeatedly tried in vain to change Petrobras’ price policy, which is tied to the international market.

“Today, Caio (Paes de Andrade) is taking over Petrobras, we will have a new dynamic in fuels in Brazil. Everything will be analyzed on the basis of the law… without interfering in anything,” Bolsonaro said Monday at a ceremony in Brasilia.

The new appointment was welcomed by the markets, with Petrobras shares up 6.75 percent at closing on the Sao Paulo stock exchange.

Paes de Andrade has been a civil servant since Bolsonaro came to power, first in the public technology and information company Sepro, and then in the economy ministry. 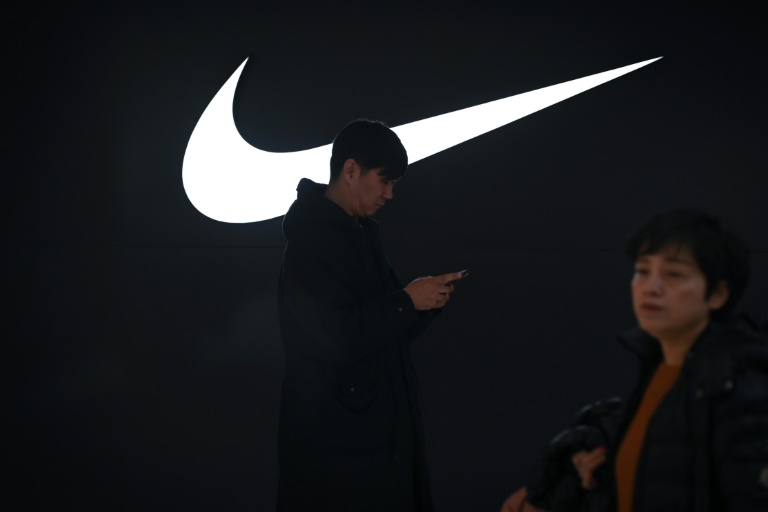 Lower sales in North America and China dented Nike’s quarterly results as the sports giant on Monday projected modest revenue growth amid the strong dollar, rising inflation and other headwinds.

The Oregon company — which has enjoyed strong pricing at times during the pandemic but also faced Covid-19 factory lockdowns in Asia that have crimped its inventories — reported lower profits for its fiscal fourth quarter.

For the quarter ending May 31, Nike reported profits of $1.4 billion, down five percent from the prior year on a one percent dip in revenues to $12.2 percent.

Neil Saunders, managing director of GlobalData, a retail consultancy, said the results were “reasonably good” but with some unfortunate “devils in details.”

These include the tough North American inflationary environment, which has led some consumers to cut back on discretionary investments.

Another issue is China where lockdowns “are creating sudden swings in consumer behavior,” Saunders said in a note.

“In theory there should be a recover as China reopens, but this could quickly be reversed if further lockdowns are imposed.”

Shares retreated as Nike forecast revenues of flat to “slightly up” in the coming quarter.

Friend also said the forecast reflects a drag from the strong dollar in overseas markets, as well as the continued hit from lofty freight costs and supply chain investments.