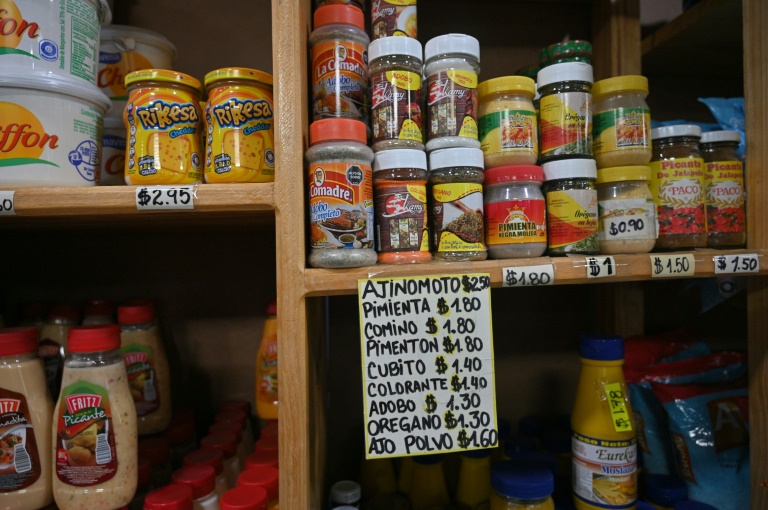 Having opened its arms to the US dollar as an “escape valve” Venezuela is now trying to re-energize its own currency, which has been crippled by devaluation in recent years.

The aim is to incorporate $3 billion circulating on the streets of the South American country into its financial system, but experts warn it is a risky gamble.

Distrust in the bolivar due to severe devaluations, demonetization and four years of hyperinflation persists, despite a slow down in price rises and economic recovery following seven years of recession in which GDP fell by 80 percent.

The dollarization, described by President Nicolas Maduro as an “escape valve”, alongside an easing of price controls brought an end to the scarcity of bare essentials and the interminable queues for what little was available, such as a bag of rice.

“It’s a risky bet with bad timing because the recovery is very weak and the economy is still suffering from chronic inflation. Not hyperinflation but still chronic inflation,” Asdrubal Oliveros, director of consultancy Ecoanalitica, told AFP.

“(Inflation is) very high for you … (to be able) to re-establish confidence in the currency from one day to the next.”

The latest move, applied at the end of March, was to impose a tax ranging from three to 20 percent on transactions using foreign currencies.

The government hopes to encourage use of the bolivar, which was also boosted by a massive injection of foreign currency into the market to stabilize the exchange rate.

The official exchange rate has only fallen from 4.18 bolivars to the dollar in October to 4.43, a depreciation of 6.7 percent, compared 76 percent last year and more than 95 percent in each of the three previous years.

The government has recorded some successes in its policy to boost use of the bolivar.

The Superintendency of Banks said that since the imposition of the new foreign currency tax, online bolivar payments were up 21 percent and debit card payments increased 22 percent.

“Venezuela is currently a demonetized country. They are trying to remonetize it and to do so with bolivars …. Having your own currency gives you a scope to maneuver.”

Outlawed for 15 years by state currency controls, the dollar became a refuge for Venezuelans during the economic crisis in 2019.

The dollar started being widely used when frequent nationwide power cuts made card payments and bank transfers impossible, as the bolivar’s depreciation left the local currency in scarce supply.

Now, Ecoanalitica says almost 45 percent of urban commerce is done in dollars and 8.5 percent in Colombian pesos, a popular currency in border areas.

In 2021, foreign currencies made up 70 percent of the market.

“Four in every five (dollars) are outside the banks, the people have them in their hands, in businesses, in their homes. We’re talking about around $3 billion in circulation,” said Oliveros.

If that money was put into banks it could boost depressed credit.

There are risks, however, not least the possibility of “slowing the advance of economic activity” given that dollarization gave “certainty” to the private sector, said Oliveros.

Although the tax was implemented a little over a month ago, many Caracas businesses are still not applying it to foreign currency transactions, insisting they are still updating their systems. As an incentive, the government has offered loans to buy tax machines.

Not everyone is convinced, however.

“There are people who come and say to you: are you going to charge me the tax? If you charge me, bye-bye,” said one merchant.

But others, like the popular Arturo’s chain of fried chicken restaurants, say the new system is up and running.

The company has around 70 restaurants in the country, and says it only had to suspend trading for a few hours at the end of March. 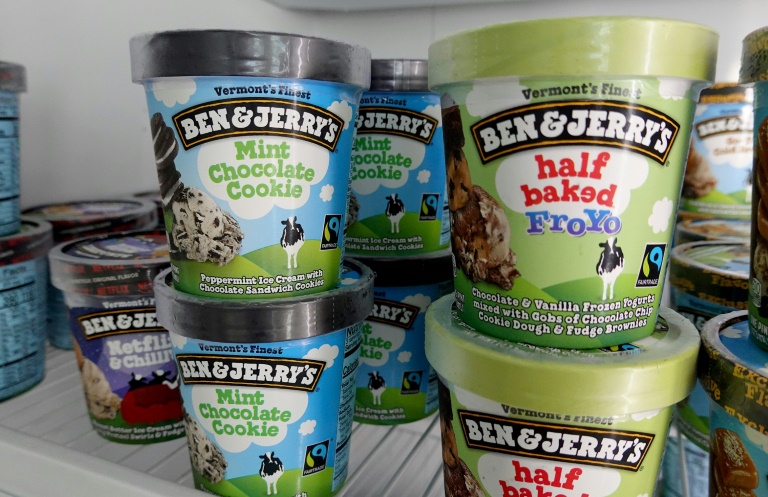 American ice cream brand Ben &amp; Jerry’s said Tuesday it is suing its parent company Unilever to block a move that would see its product sold in West Bank settlements, which would run counter to its values.

The company, known for its political activism, took the unusual step seeking an injunction after London-based Unilever last week announced it had sold its interest in the ice cream to Israeli license-holder Avi Zinger.

The legal action was “essential to … protect the brand and social integrity Ben &amp; Jerry’s has spent decades building,” according to the complaint filed in a US district court.

Unilever’s decion was “made without the consent of Ben &amp; Jerry’s Independent Board,” and goes against the merger agreement that gave the board the ability to protect the founder’s values and reputation, the complaint said.

In July last year, Vermont-based Ben &amp; Jerry’s announced it would no longer sell its ice cream in the Israeli-occupied Palestinian territories, which the Jewish state seized in 1967, saying it was “inconsistent with our values,” although it said it planned to keep selling its products in Israel.

However, Zinger had continued to produce the ice cream in his factory in the suburbs of Tel Aviv and distribute it to the Israeli settlements, going against Ben &amp; Jerry’s decision.

Hundreds of thousands of Jewish settlers live in the occupied West Bank and east Jerusalem, in communities widely regarded as illegal under international law.

Palestinians cheered the company’s move last year, seen as a victory for the BDS movement, which calls for boycott, divestment and sanctions of the Jewish state over what it describes as the mistreatment of Palestinians.

Founded in the United States in 1978, Ben &amp; Jerry’s is known for championing progressive causes, including protecting the environment and promoting human rights, and has frequently released special ice cream flavors to support causes or in protest.

Unilever last week said it had “never expressed any support” for the BDS movement and had “no intention of changing that position.”

The company did not immediately respond to AFP’s request for comment. 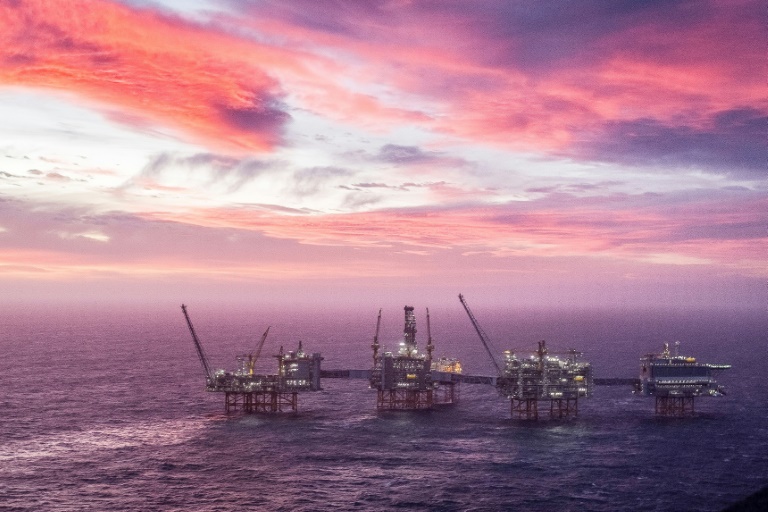 Norway’s government said Tuesday it was referring a dispute between oil and gas workers and employers to an independent board, after an industry group warned strikes could cut Norway’s gas exports by more than half.

The move, which effectively ends the stoppage, comes after workers walked out of their jobs on Tuesday, leading to the closure of three fields and the union announced more workers would strike later in the week.

“The announced escalation is critical in today’s situation, both with regards to the energy crisis and the geopolitical situation we are in with a war in Europe,” Labour Minister Marte Mjos Persen said in a statement.

Under Norwegian legislation, the government can force parties in a labour dispute to a wage board which will decide on the matter.

Earlier on Tuesday, industry group the Norwegian Oil and Gas Association, warned that with the announced escalation of the strike announced for Saturday would slash output.

It said 56 percent of total gas exports from the Norwegian continental shelf (NCS) would be cut, together with a production loss of 341,000 barrels of oil a day.

“It is unjustifiable to allow gas production to stop to such an extent that this strike in the next few days is estimated to lead to,” Persen said.

The strike came at a time when energy prices have fluctuated as a result of the impact of Russia’s invasion of Ukraine and associated sanctions.

“Norwegian deliveries account for a quarter of European energy supplies, and Europe is entirely dependent on Norway delivering as a nation at a time when Russian supply cuts have created a very tight market for natural gas,” the Norwegian Oil and Gas Association.

“A strike on this scale poses huge problems for countries which are wholly dependent on filling up their gas stores ahead of the autumn and winter,” it added.

Workers walked out after members of the Lederne union voted no to a proposal brought by mediators during wage negotiations.

According to the government, the parties had said “that they will end the strike so that everyone can return to work as soon as possible”.

US court rules distributors not responsible for opioid crisis 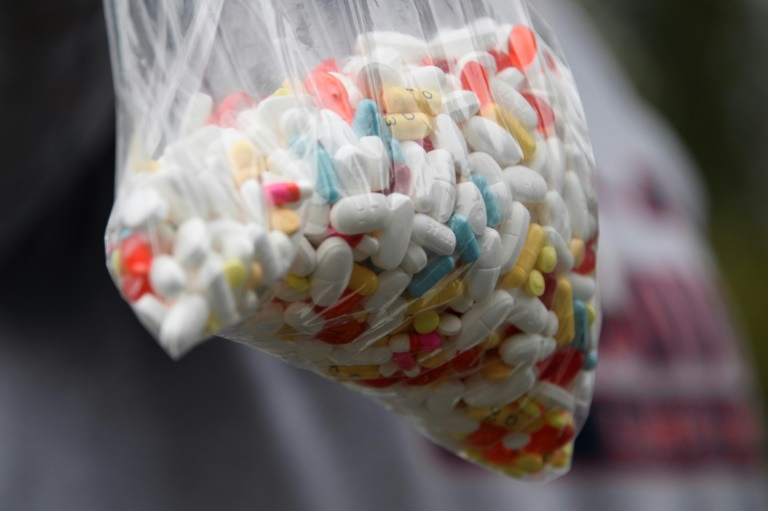 The three largest drug distributors in the United States have won a major court victory, with a judge ruling that they were not responsible for record opioid addiction in one part of West Virginia state.

About 10 percent of Cabell County’s population is or has been addicted to opioids — at a huge economic and social cost, acknowledged Judge David Faber.

But “while there is a natural tendency to assign blame in such cases, they must be decided not based on sympathy, but on the facts and the law,” he wrote in a decision released Monday night.

The “plaintiffs failed to show that the volume of prescription opioids distributed in Cabell/Huntington was because of unreasonable conduct” by defendants AmerisourceBergen, Cardinal Health and McKesson, Faber wrote.

Tasked with supplying pharmacies, the three firms delivered more than 51 million doses of pain medication in the county between 2006 and 2014, and local authorities accused them of turning a blind eye to suspicious order volumes.

But “there is nothing unreasonable about distributing controlled substances to fulfill legally written prescriptions,” Faber said.

He put the blame on manufacturers who “aggressively market prescription opioids,” rather than the companies that distributed them.

After becoming addicted to pain pills, many people increased their consumption and eventually turned to illicit drugs such as heroin and fentanyl, an extremely powerful synthetic opioid.

The opioid crisis, which has caused more than 500,000 deaths over 20 years in the United States, has triggered a flurry of lawsuits from victims as well as cities, counties and states impacted by the fallout.

The suit filed by Cabell County and the city of Huntington had become a symbol of authorities’ efforts to make companies pay for the social and economic cost of the crisis.

Between May 3 and July 28, 2021, 70 witnesses testified as part of the lawsuit in federal court in Charleston, West Virginia.

While the hearings were still ongoing, the three distributors and pharmaceutical company Johnson &amp; Johnson agreed to pay $26 billion to end a series of legal actions in a settlement that is still being finalized.