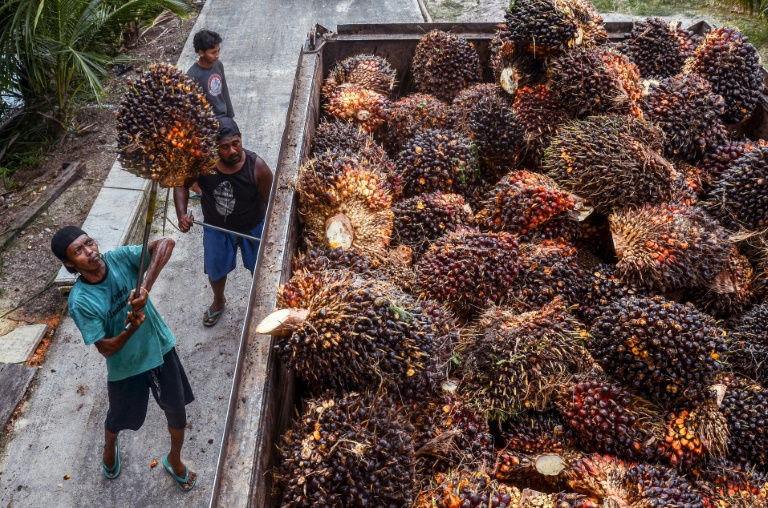 Indonesia will lift its ban on palm oil exports next week, President Joko Widodo said Thursday, relieving pressure on the global vegetable oil market after prices spiked because of the suspension and the war in Ukraine.

The archipelago nation issued the ban last month to secure supplies of the commodity, used in a range of goods from chocolate spreads to cosmetics, in the face of a domestic shortage.

“Based on the supply… of cooking oil and considering there are 17 million people in the palm oil industry — farmers and other supporting workers — I decided that cooking oil exports will reopen on Monday, May 23,” Widodo told an online briefing.

“The government will still be monitoring everything strictly to ensure the demand will be met with affordable prices,” he said.

Authorities had rigorously enforced the export ban, with the Indonesian navy seizing a tanker carrying palm oil out of the country in violation of the order earlier this month.

After the ban came into force, Widodo said supplying the country’s 270 million people was the “highest priority” of his government.ere are yo

But Jakarta came under pressure for further saddling prices that were already skyrocketing after Russia’s invasion of agricultural powerhouse Ukraine.

Palm oil producers staged protests last week in the centre of Jakarta and several towns in Indonesia complaining that the prices for palm oil fruits had dropped dramatically.

The Indonesian leader said he was reversing the suspension because the domestic supply and price of cooking oil had improved since the ban came into effect on April 28.

Domestic supplies of cooking oil also tripled after the ban from 64,500 tonnes per month to 211,000 tonnes, he said.

Eddy Martono, secretary general of the Indonesian Palm Oil Association (GAPKI), said the organisation “is very grateful to the government, especially to the president” for lifting the ban.

“It is a fact that the condition on the ground is very difficult because the tanks have been all full. We hope with the export reopening, the palm oil production can return to normal.”

“We, oil palm farmers, pledge to help ensure that domestic supplies of cooking oil will be available,” he told AFP.

Palm oil is the most widely used vegetable oil in Indonesia and, despite being the world’s biggest producer, the country has been facing a cooking oil shortage for months because of poor regulation and producers reluctant to sell at home.

The shortages have in some cases forced consumers to spend hours in queues at distribution centres.

Indonesia produces about 60 percent of the world’s palm oil, with one-third consumed by its domestic market. India, China, the European Union and Pakistan are among its major export customers. 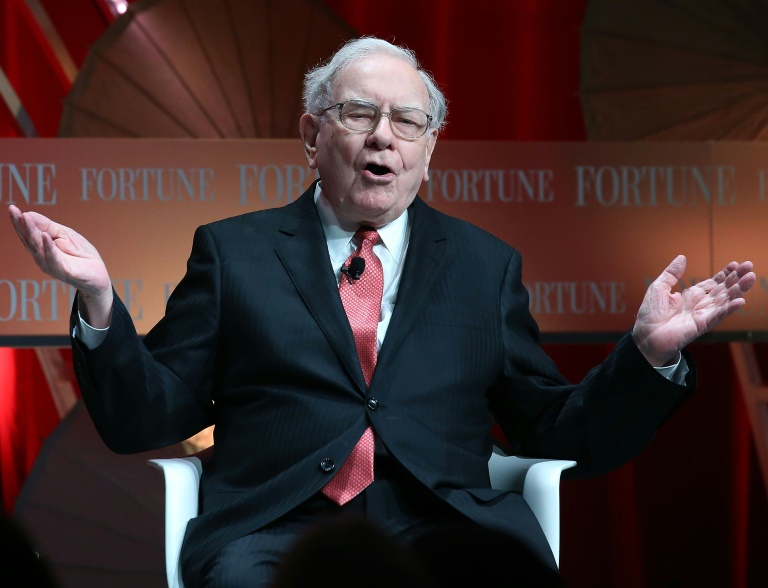 Talk about an expensive date: a mystery bidder will be spending a record $19 million for the right to have lunch with legendary American investment guru Warren Buffett.

That whopping bid, announced by eBay, came in the 21st — and last — such charity luncheon with the aging multibillionaire, who is chairman and CEO of Berkshire Hathaway.

Bidding on the eBay website opened last Sunday at a modest $25,000. But it shot up rapidly as rival bidders tried to outdo one another, finally ending Friday at a total of just over $19 million.

The auction — held annually, though canceled by Covid-19 concerns for the past two years — raises funds for Glide, which fights poverty in San Francisco. It distributes food to the homeless and helps them find shelter, medical assistance and training.

San Francisco, a place of income extremes, has struggled for years with a large homeless population.

This year’s still-anonymous winner of the charity auction “has not only made history, but will spend an unforgettable afternoon with American legend Warren Buffett at a private lunch with up to seven guests at Smith &amp; Wollensky Steakhouse in New York City,” said an announcement posted by eBay.

The last pre-pandemic auction was won by Justin Sun, an American entrepreneur active in cryptocurrencies, who spent $4.6 million for the right to dine with Buffett, an outspoken critic of bitcoin.

The eBay statement quoted the 91-year-old Buffett — revered throughout the investment community as the “Oracle of Omaha” — as saying he had “met a lot of interesting people all over the world” through the auctions.

“The one universal characteristic,” he added, “is that they feel the money is going to be put to very good uses.”

Buffett’s net worth was estimated in March at $117 billion, according to Forbes.com.

He joined Bill and Malinda Gates in forming a group of the ultra-wealthy who have vowed to give away half their fortunes. Buffett is estimated to have already donated some $48 billion. 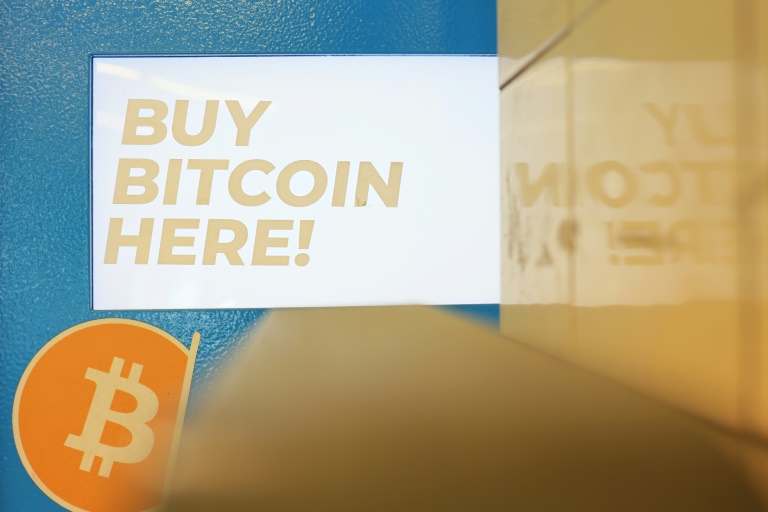 With investors increasingly wary of risk, the world’s most popular crypto asset has lost more than 72 percent of its value since reaching a high of $68,991 on November 10, 2021.

Other major digital currencies were also down on Saturday, including ether, which lost nearly 10 percent of its value.

World stock markets plunged this week amid fears that inflation-fighting interest rate hikes by the US Federal Reserve and other central banks could trigger a recession.

Cryptocurrencies have paid the biggest price.

The value of the global crypto market fell below the symbolic $1 trillion mark on Monday after reaching $3 trillion in November of last year.

Bitcoin’s fall has been accelerated by the suspension of withdrawals by two cryptocurrency platforms.

The Celsius Network said it was pausing “all withdrawals, swap, and transfers between accounts” due to “extreme market conditions.”

Coinbase said Monday that it was trimming 18 percent of its workforce, about 1,100 jobs, citing tight economic conditions and overly rapid expansion.

“We appear to be entering a recession after a 10+ year economic boom,” Coinbase founder and CEO Brian Armstrong said.

In recent years, the crypto sector benefited from a vast infusion of cash due to easy money policies from the world’s biggest central banks.

However, rampant inflation has sparked tighter monetary policy across the globe, helping to send the industry crashing. 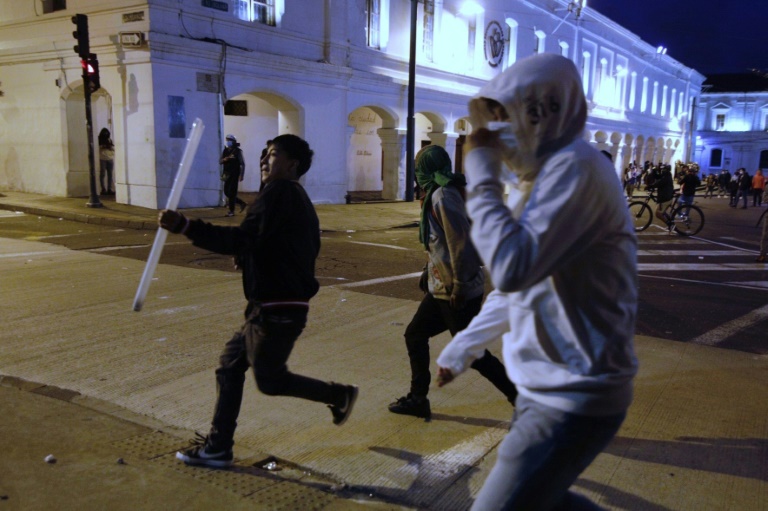 Indigenous protesters demanding cheaper fuel in Ecuador defied a state of emergency Saturday, pressing on with road blockages now in their sixth day.

A day after President Guillermo Lasso announced the restrictive measures in a bid to end the sometimes violent demonstrations, police said Indigenous people kept up protests in most of the country’s 24 provinces, including three where the president declared the state of emergency. One includes the capital, Quito.

Oil producer Ecuador has been hit by rising inflation, unemployment and poverty exacerbated by the coronavirus pandemic.

Demonstrators from the country’s Indigenous community — which makes up over a million of Ecuador’s 17.7 million inhabitants — launched an open-ended anti-government protest this week that has since been joined by students, workers and others.

The demonstrations have blocked roads across the country, including highways leading into the capital Quito.

Talks with the president failed to end the demonstrations.

Clashes with security forces during the protests have left at least 83 people injured, and 40 have been arrested.

In response, Lasso’s decree empowers him to mobilize the armed forces to maintain order, suspend civil rights and declare curfews.

“I am committed to defending our capital and our country,” Lasso said on television.

“I called for dialogue and the response was more violence. There is no intention to seek solutions.”

The demonstrations have largely been concentrated in the northern region of Pichincha which includes Quito, and neighboring Cotopaxi and Imbabura.

In Quito, nearly 1,000 protesters tried to tear down metal fences that surround the presidential headquarters this week.

In a bid to ease grassroots anger, Lasso announced in his address late Friday a small increase in a monthly subsidy paid to Ecuador’s poorest, as well as a program to ease the debt of those who have loans from state-run banks.