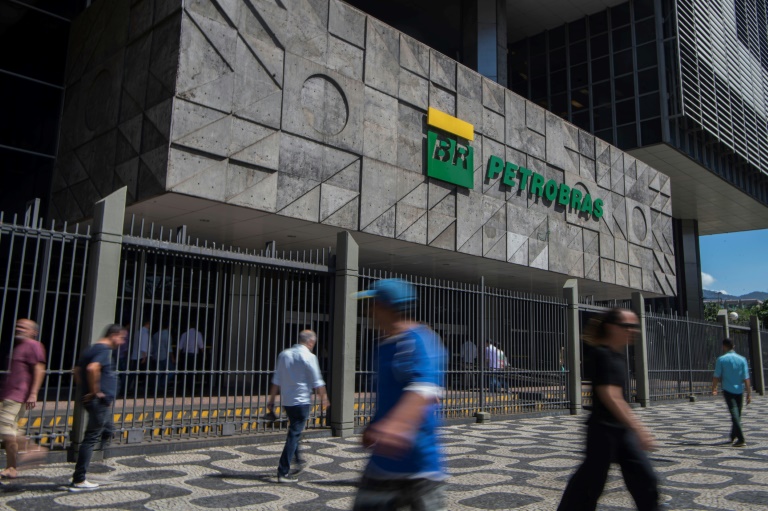 The CEO of Brazil’s state-owned oil company Petrobras, who has stayed in his post despite being fired by Jair Bolsonaro in May, resigned Monday after a new fuel price hike that enraged the far-right president.

Jose Mauro Coelho is the third Petrobras CEO to leave since February last year in a stand-off between the company and Bolsonaro over fuel prices.

Petrobras announced Coelho’s resignation in a statement Monday and said its board of directors would “examine” options for his replacement.

Coelho was appointed for a one-year term in April after Bolsonaro fired his predecessor Joaquim Silva e Luna in March after slightly more than a year in the post.

The far-right president said then that the price of petrol — set by Petrobras but tied to international market movement — was “unaffordable” and amounted to a “crime” against Brazilians.

In May, Bolsonaro dismissed Coelho after just 40 days on the job. He had been waiting to be formally removed at the company’s next shareholders’ meeting, scheduled for July.

Bolsonaro, seeking reelection in October, is widely blamed by voters for double-digit inflation, polls show, on the back of skyrocketing global and local fuel prices.

Brazil has seen fuel prices surge by over 33 percent in a year, according to official figures, even as the economy recovers from the fallout of the coronavirus pandemic.

Inflation stands at 11.73 percent, far above the central bank’s target of 3.5 percent.

Russia’s war in Ukraine has led to a sharp rise in crude prices in recent weeks, adding to the pressure.

On Friday, Petrobras announced a 5.18-percent hike in gasoline prices and more than 14 percent for diesel, blaming “a challenging scenario in Brazil and the world.”

Trading in Petrobras shares was temporarily suspended on the Sao Paulo Stock Exchange Monday on news of Coelho’s resignation, a source at the exchange told AFP. 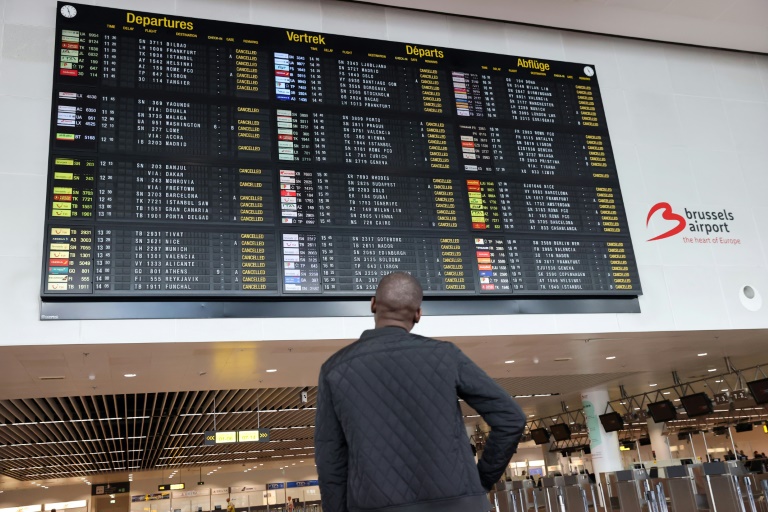 The stoppage kicked off a week of travel chaos in several parts of Europe, notably a massive rail strike in Britain from Tuesday and, later on, strikes hitting the continent’s biggest airline Ryanair in multiple countries.

Brussels Airport informed passengers on its site and social media that all departing flights were scrapped for the day — 232 in total.

Only a quarter of arriving flights were still operating. Freight traffic was unaffected.

The departure hall at the airport was largely empty, with only around 100 passengers inside, some lining up to change tickets or get assistance while others slumped resignedly in seats or slept on the floor.

Oleksandr Zayikin, a Ukrainian merchant mariner who had been away for four months, told AFP the strike had prevented a reunion with his wife in Istanbul. He had left before Russia’s invasion of his country.

“I’m upset,” the 29-year-old said, adding he would now probably find a Brussels hotel for a few days.

“In Ukraine it’s not a usual thing, we don’t have such strikes. But I really respect that people do that,” he said.

Maria Antonia, a 20-year-old Romanian student who had a flight booked to return to Bucharest, didn’t see the last-minute messages the airport had written for passengers from late Sunday.

“We didn’t know it was cancelled until we got to the airport,” she said.

“That was a little bit of a hassle. But we can manage it I think.”

Passengers were told to contact their airline to reschedule their flights or seek a refund.

German travel group TUI arranged to have flights that were to have left from Brussels take off from some regional Belgian airports.

The national strike in Belgium was called by the three main unions to push for higher salaries as inflation sent the cost of living higher.

A demonstration was to take place later Monday in the centre of Brussels, with unions expecting up to 70,000 people to march. 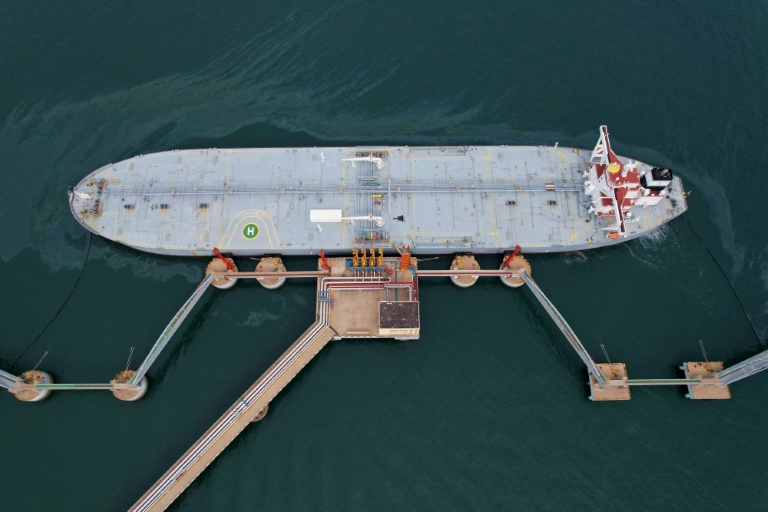 China ramped up crude oil imports from Russia in May, customs data showed Monday, helping to offset losses from Western nations scaling back Russian energy purchases over the invasion of Ukraine.

The world’s second-biggest economy imported around 8.42 million tonnes of oil from Russia last month — a 55 percent on-year rise — as Beijing continues to refuse to publicly condemn Moscow’s war while exacting economic gains from its isolated neighbour.

China imported 7.82 million tonnes of oil from Saudi Arabia in May.

In total, China bought $7.47 billion worth of Russian energy products last month, about $1 billion more than April, according to Bloomberg News.

The new customs data comes four months into the war in Ukraine, with buyers from the US and Europe shunning Russian energy imports or pledging to slash them over the coming months.

But while European powers are scaling back and Russia’s energy exports are falling, Asian demand is helping to staunch some of those losses, especially in China and India.

According to the International Energy Agency’s latest global oil report, India has overtaken Germany as the second-largest importer of Russian crude in the last two months.

China has been Russia’s biggest market for crude oil since 2016.

Days before Moscow’s invasion of Ukraine, China’s President Xi Jinping greeted his Russian counterpart Vladimir Putin in Beijing, with the two countries declaring a bilateral relationship of “no limits”.

Although demand in China remains muted, there has been some improvement in the past month as cities began to loosen virus restrictions after the country’s worst Covid outbreak since the early days of the pandemic.

This has allowed some supply chain problems to ease and industrial production to pick up, official data showed.

China’s overall imports from Russia spiked 80 percent from a year ago in May to $10.3 billion, customs data added.

Apart from oil, Beijing’s purchases of liquefied natural gas from Russia also surged 54 percent on-year in May to 397,000 tonnes, even as overall imports of the fuel fell.

Beijing — which has repeatedly refused to condemn Moscow’s bloody invasion of Ukraine — has also been accused of providing a diplomatic shield for Russia by blasting Western sanctions and arms sales to Kyiv.

Once bitter Cold War enemies, Beijing and Moscow have stepped up cooperation in recent years as a counterbalance to what they see as US global dominance.

Earlier this month they unveiled the first road bridge linking the two countries, connecting the far eastern Russian city of Blagoveshchensk with the northern Chinese city of Heihe.

The Kremlin said the pair had agreed to ramp up economic cooperation in the face of “unlawful” Western sanctions.

The West has adopted unprecedented sanctions against Russia in retaliation for its war in Ukraine, and Moscow is looking for new markets and suppliers to replace the major foreign firms that left Russia following the invasion.

The 27-nation European Union agreed in late May to a package of sanctions that would halt the majority of Russian oil imports.

While the United States had already banned Russian oil, European nations are much more dependent on those imports.

Energy is a major source of income for Putin’s government, and Western nations are trying to isolate Moscow and impede Moscow’s ability to continue the war. 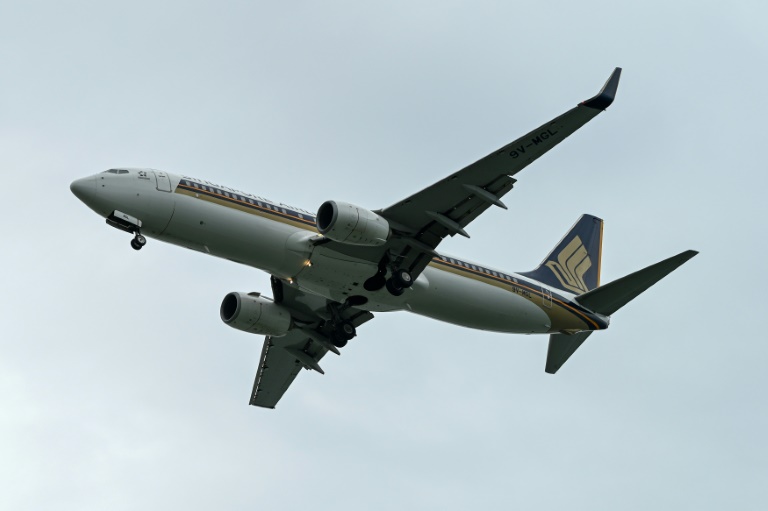 Air passengers are expected to hit 83 percent of pre-pandemic levels this year and the aviation industry’s return to profit is “within reach” in 2023 despite ongoing uncertainty, the International Air Transport Association said on Monday.

Industry losses are expected to drop to $9.7 billion this year, a “huge improvement” from $137.7 billion in 2020 and $42.1 billion in 2021, IATA said in an upgraded industry outlook ahead of its annual general meeting in Doha.

“Airlines are resilient. People are flying in ever greater numbers. And cargo is performing well against a backdrop of growing economic uncertainty,” the document quoted IATA director general Willie Walsh as saying.

The aviation industry was sent reeling by the pandemic, with passenger numbers plunging 60 percent in 2020 and remaining 50 percent down in 2021. Airlines lost nearly $200 billion over two years.

While some firms in the sector went bankrupt, others — backed often by states — have emerged from the pandemic with profits intact.

IATA said industry-wide profitability “appears within reach” in 2023, adding that North American airlines were expected to return an $8.8 billion profit this year.

More than 1,200 aircraft are expected to be delivered in 2022, while cargo volumes should reach a record 68.4 million tonnes “despite economic challenges”, it added.

“Strong pent-up demand, the lifting of travel restrictions in most markets, low unemployment in most countries, and expanded personal savings are fueling a resurgence in demand that will see passenger numbers reach 83 percent of pre-pandemic levels in 2022,” IATA said.

Airlines, desperate to put the coronavirus pandemic behind them, go into the talks in Doha ahead of a potential summer of chaos with shortages and strikes that could threaten their recovery.

While trade is roaring back to life, representatives from the aviation sector meeting until Tuesday in Qatar have a packed agenda with multiple geopolitical crises including the war in Ukraine and the environment.

Cracks are already showing in the sector’s recovery, though industry figures are optimistic about the future despite the issues.

In the past few weeks, delays and cancellations caused by a lack of staff at airports and strikes for better pay have wreaked havoc upon travellers.

The problems originate with the pandemic when airlines and airports laid off thousands of workers during its worst-ever crisis. Now, they are scrambling for employees.

Also reflecting the enduring disruption, IATA was forced to move its annual general meeting from Shanghai to Qatar as China continues to grapple with the pandemic.