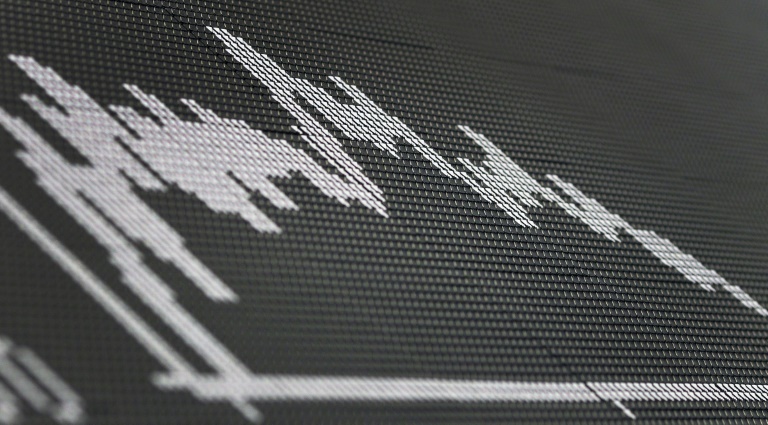 Data showing a flare-up of fresh Covid-19 cases in China revived concerns about the government’s policy of locking down towns and cities to eradicate the disease, despite the economic cost.

After the S&amp;P 500’s worst January-June since 1970, Wall Street got the second half off to a healthy start Friday as a below-forecast reading on US manufacturing provided hope banks will not go on an extended period of monetary tightening.

That followed a drop in confidence among consumers — a key driver of the world’s top economy.

However, National Australia Bank’s Rodrigo Catril said the Federal Reserve and other global financial chiefs might not ease back on their rate hikes too soon as inflation remains stuck around multi-decade highs.

“While the data is suggesting a US economic slowdown is coming, we are not yet seeing signs of an ease in inflationary pressures, an important distinction given the Fed will continue with its aggressive tightening approach until it sees evidence of the latter,” he said in a commentary.

In a sign of the struggle officials will have in controlling rising prices, figures showed eurozone inflation hit a record 8.6 percent in June. The European Central Bank is due to lift rates this month for the first time in more than a decade.

Still, while surging prices remain a huge problem, Chris Weston, at Pepperstone Group, said the psychology is “shifting radically from inflation concerns to one now where we’re firmly focused on growth”.

Hong Kong dropped as investors returned from a long weekend to play catch-up with Friday’s losses, while Seoul, Taipei, Bangok and Jakarta were also down.

London, Paris and Frankfurt rose at the open, though US futures were in the red.

A rise in new Covid cases in China over the weekend weighed on sentiment among investors who fear a return to the painful lockdowns in major cities including Shanghai, which hammered the world’s number two economy.

The country saw more than 700 new infections Saturday and Sunday, having held below 50 a day for the previous two weeks.

Macau saw its first two Covid deaths at the weekend and authorities said they would consider a city-wide lockdown to fight the disease. The comments sent Hong Kong-listed shares in Macau casinos plunging.

Oil prices edged up but concerns about recession weighed on sentiment as traders bet on a drop in demand, while the head of Asia at crude trading giant Vitol said he saw signs consumers were beginning to feel the pressure of high commodity costs.

“There’s very clear evidence out there of economic stress being caused by the high prices, what some people refer to as demand destruction,” said Mike Muller. It is “not just oil, but also liquefied natural gas”. 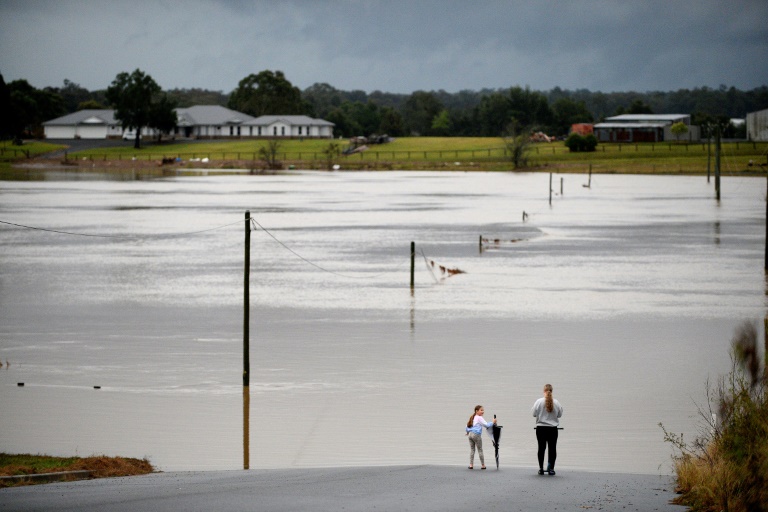 Total economic losses caused by natural disasters hit an estimated $72 billion in the first half of 2022, fuelled by storms and floods, Swiss reinsurance giant Swiss Re estimated Tuesday.

Though the figure is lower than the $91 billion estimate for the first six months of 2021, it is close to the 10-year average of $74 billion, and the weight is shifting towards weather-induced catastrophes.

“The effects of climate change are evident in increasingly extreme weather events, such as the unprecedented floods in Australia and South Africa,” said Martin Bertogg, Swiss Re’s head of catastrophe perils.

The Zurich-based group, which acts as an insurer for insurers, said the losses were also propelled by winter storms in Europe as well as heavy thunderstorms on the continent and in the United States.

So-called secondary natural disasters like floods and storms — as opposed to major disasters such as earthquakes — are happening more frequently, the reinsurer said.

“This confirms the trend we have observed over the last five years: that secondary perils are driving insured losses in every corner of the world,” Bertogg said.

“Unlike hurricanes or earthquakes, these perils are ubiquitous and exacerbated by rapid urbanisation in particularly vulnerable areas,” he said.

“Given the scale of the devastation across the globe, secondary perils require the same disciplined risk assessment as primary perils such as hurricanes.”

Swiss Re said floods in India, China and Bangladesh confirm the growing loss potential from flooding in urban areas.

Man-made catastrophes such as industrial accidents added on a further $3 billion of economic losses to the $72 billion from natural disasters, taking the total to $75 billion — which is down on the $95 billion total for the first half of 2021.

Total insured losses stood at $38 billion: $3 billion worth of man-made disasters and $35 billion worth of natural catastrophes — up 22 percent on the 10-year average, said the Swiss reinsurer, warning of the effects of climate change.

February’s storms in Europe cost insurers $3.5 billion, according to Swiss Re estimates.

Australia’s floods in February and March set a new record for insured flood losses in the country at so far close to $3.5 billion — one of the costliest natural catastrophes ever in the country.

Severe weather and hailstorms in France in the first six months of the year have so far caused an estimated four billion euros ($4.1 billion) of insured market losses.

The Swiss group also mentioned the summer heatwaves in Europe, which resulted in fires and drought-related damage, without providing estimates at this stage.

A warming climate is likely to exacerbate droughts and thereby the likelihood of wildfires, causing greater damage where urban sprawl grows into the countryside, Swiss Re said.

“Climate change is one of the biggest risks our society and the global economy is facing,” said the group’s chief economist Jerome Jean Haegeli. 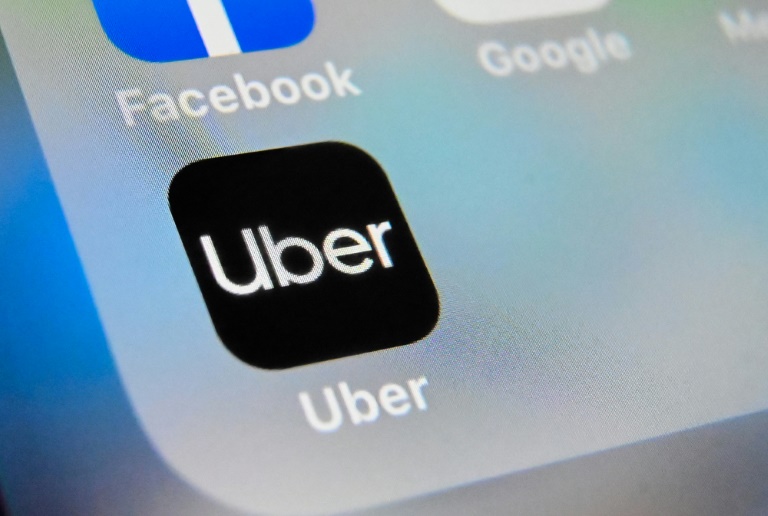 Revenue more than doubled to $8.1 billion in the three months through June — a 105 percent increase. Though it still posted a net loss of $2.6 billion, investors reacted positively: shares shot up more than 12 percent, to $27.58, in pre-market trading.

The company posted $1.8 billion in revenue from its freight operations. It also said the boost in revenue was partially explained by a change in how it accounts for its rides business in Britain.

Uber notched gains in monthly active platform consumers, gross bookings and trips compared with a year ago, reflecting higher demand but also a higher number of drivers for its signature ride service and food delivery operations.

Uber CEO Dara Khosrowshahi said both consumers and earners were at “all-time highs.”

“Last quarter I challenged our team to meet our profitability commitments even faster than planned — and they delivered,” Khosrowshahi said in a statement.

Uber primarily attributed its loss to the falling value of its investments in financially strapped companies such as Singapore’s VTC Grab, US self-driving vehicle start-up Aurora and Indian food delivery service Zomato. 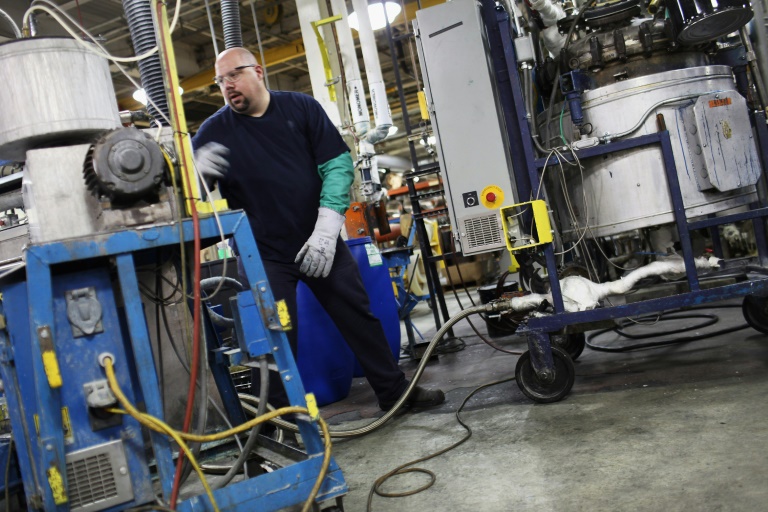 The US manufacturing sector continued to grow in July, but the pace was impacted by dimming demand while price increases have slowed dramatically, according to an industry survey released Monday.

And amid a tight American job market, hiring slowed for the third straight month, but firms are reporting less trouble filling open positions and no signs of layoffs, the Institute for Supply Management’s latest report showed.

But firms continue to have trouble filling orders due to ongoing problems getting materials.

ISM’s manufacturing index dipped to 52.8 percent, just two-tenths below the prior month, but the lowest level since June 2020 during the pandemic downturn.

However, that level was still above the 50-percent threshold indicating expansion for the 26th consecutive month.

The new orders index fell 1.2 points, to 48 percent, signaling a slowdown, and production fell by slightly more but continues to grow.

The prices index fell a whopping 18.5 points — the fourth biggest decline on record — to 60 percent, with a much higher share of firms reporting falling prices, the survey showed. The index has been above 60 percent for nearly two years.

Covid-19 lockdowns in China and Russia’s war in Ukraine have been exacerbating shortages experienced, fueling the global inflation surge, especially for energy, and prompted the Federal Reserve to raise borrowing costs aggressively.

Survey respondents noted ongoing supply issues and the impact of rising prices, and several expressed concern about the future

“Our markets are still holding up; however, I believe a slowdown is coming,” one said. “I believe the general market is in the beginnings of a recession.”

“Manufacturers will face many of the same challenges in the second half of 2022 that they did in H1,” he said in an analysis.