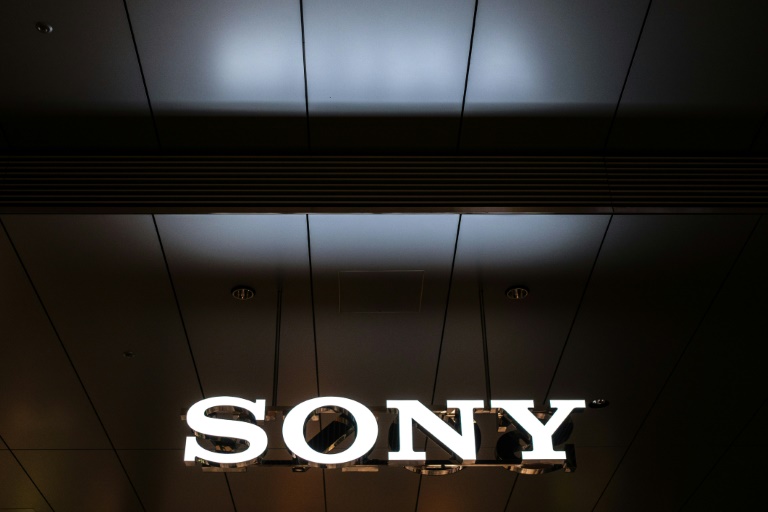 Sony on Tuesday reported its best-ever sales in the financial year to March thanks to strong results in movies, electronics and music, while net profit dipped 14 percent from the previous year’s record high.

A lockdown-fuelled gaming boom has slowed, but the Japanese giant has seen success in other entertainment sectors, with “Spider-Man: No Way Home” overtaking “Avatar” as North America’s third-highest-grossing film.

Demand for sensors used in smartphone cameras has continued to soar, and Sony Music also scored a winner with Adele’s latest album “30” and strong licence revenue in its popular anime business.

In 2020-21, Sony logged a record net profit of more than a trillion yen, partly thanks to tax gains and the explosion in popularity of video games during Covid-19 lockdowns.

The 10 percent increase in sales from 8.99 trillion yen in 2020-21 “was mainly due to significant increases in sales in the pictures, electronics products and solutions and music segments”, Sony said.

Hideki Yasuda, senior analyst at Toyo Securities, said Sony would likely benefit from the fall of the yen, which has hit 20-year lows against the dollar this year.

He said the conglomerate is now succeeding in a broader range of sectors with favourable business environments, such as music and movies.

“Sony is really turning into a content company now, from its previous status as an electronics manufacturer.”

For the current financial year to March 2023, Sony predicts sales will rise 15 percent to 11.4 trillion yen, while net profit is projected to slip six percent to 830 billion yen.

Sony has faced challenges rolling out its PlayStation 5 console, which remains difficult to get hold of 18 months after its November 2021 launch — in part due to supply chain disruption including the global chip shortage.

The company “could have sold so many more PS5s if they were able to produce more”, according to Serkan Toto, an analyst at Kantan Games in Tokyo.

“I don’t see any kind of problem for Sony in the gaming world or in the gaming market, except for the supply chain issues: it’s impossible to get a PlayStation 5. It’s ridiculous,” he told AFP.

Even then, Sony has released a stream of popular games from “Ratchet and Clank” to “Gran Turismo 7”, Toto said. 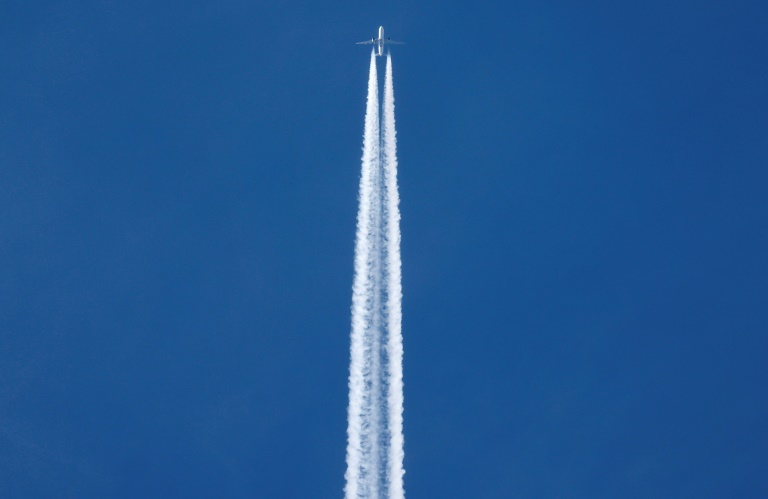 Airlines must start to slash emissions before the end of the decade and by 2025 if possible, said the International Council on Clean Transportation (ICCT) in a new report.

The 2015 Paris climate treaty enjoins nations to cap global warming at “well below” two degrees Celsius, and 1.5C if possible.

All of them improved on a baseline “business-as-usual” scenario, which would emit nearly 50 billion tonnes of CO2 by mid-century — more than annual emissions from all sources today.

The most optimistic model — which assumes “widespread investments in zero-carbon aircraft and fuels, peaking fossil fuel use in 2025, and zeroing it out by 2050” — would see a reduction of 22.5 billion tonnes of emissions by 2050.

That would put aviation on course to cut greenhouse gas emissions by “an amount consistent with a 1.75C warming”, said the ICCT.

“But it would require aggressive policies to peak emissions by 2030 at the very latest.”

“The all-in strategy to deploy clean planes and fuels cuts emissions even deeper than we expected,” he said.

“But public policies will be needed to peak emissions as early as 2025 to put aviation on a 1.75°C pathway.”

The aviation industry is among the fastest-growing sources of greenhouse gases, and one of the most difficult sectors to decarbonise.

Many experts are counting on innovations in hydrogen fuels or so-called sustainable air fuels (SAF) made from non-fossil fuel renewable source to meet industry targets.

The International Air Transport Association (IATA) has put the cost of such improvements at $1.55 trillion over 30 years.

The industry expects to carry 10 billion passengers by the middle of the century, more than double the 4.5 billion in 2019, the most recent full year unaffected by the Covid pandemic. 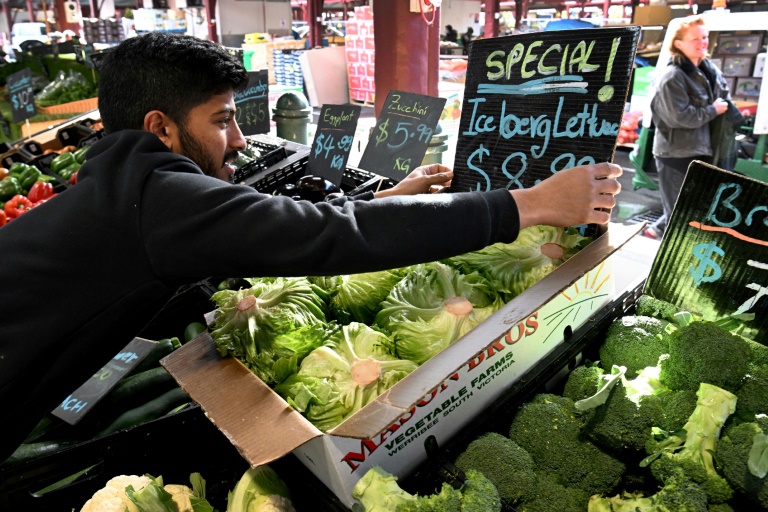 Australia’s prime minister joked he would huddle with top officials Thursday to discuss the soaring cost of lettuce and local KFCs’ decision to replace the verdant leaf with a cabbage mix on their Zinger Burgers.

Lettuce prices have soared by as much as 300 percent in Australian cities thanks to recent flooding and high global fuel prices.

A single head of iceberg lettuce that once sold for about $2 now goes for close to $8 in Sydney and Melbourne.

As a result, KFC told Australian customers it would reduce the lettuce in its products in favour of a 50-50 lettuce-cabbage mix.

“I’ll put it on the list for the Cabinet meeting today. Cabbage-gate.” 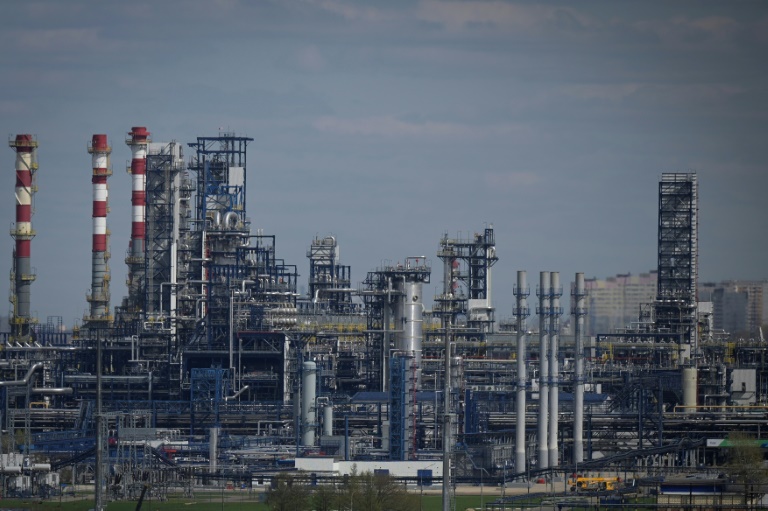 Asian markets fell Thursday as a rally in oil ramped up inflation fears, with top officials warning of more pain to come as the Ukraine war continues to push prices up and put further pressure on the global economy.

Buyers on Wall Street were in retreat again after data showed US crude and gasoline stockpiles sank, just as the summer driving season begins and leading OPEC member demand would surge further as China reopens.

Adding to the gloom was the OECD’s sharp downward revision of its global growth outlook and doubling of its inflation forecast.

The glum mood was only slightly offset by ongoing optimism that Beijing’s tech crackdown was close to an end.

Both main crude contracts jumped more than two percent Wednesday to three month highs after figures showed the biggest US storage depot had seen a big fall in reserves last week, suggesting elevated prices were not deterring people from driving.

The comment lifted expectations that the Federal Reserve will stick to its hawkish path and hike interest rates by half a point for at least three more meetings this year as it tries to bring down inflation from four-decade highs.

Analysts said investors were unlikely to get any reprieve until crude — a key driver of inflation since Russia’s invasion of Ukraine — was brought under control.

“A pullback in crude would be crucial for any prolonged risk rally, given implications for inflation expectations,” said SPI Asset Management’s Stephen Innes.

“And for the central bank fraternity intent on frontloading rates, chapter two of the current playbook reads that aggressive tightening risks a material decline in housing, consumer confidence, and consumption that will eventually drive their respective economies into recession and send stocks tumbling.

“So until we reach peak inflation, which will trigger a less hawkish Fed and lower recession odds, it could be a gloomy summer for global stock pickers.”

He added that prices were expected to rise further for now as China emerges from months of lockdown, a sentiment that United Arab Emirates Energy Minister Suhail Al-Mazrouei agreed with.

“With the pace of consumption we have, we are nowhere near the peak because China is not back yet,” he told a conference Wednesday. “China will come with more consumption.”

The unease about rising prices and rates saw all three main indexes on Wall Street drop along with European markets, with focus on the European Central Bank’s policy meeting later Thursday.

The ECB is expected to begin winding down its massive bond-buying programme and signal a rate hike was in the pipeline.

Hong Kong dropped, even as tech firms continued to benefit from hopes that China’s crackdown was almost over, while Shanghai, Sydney, Seoul, Singapore, Taipei, Manila and Wellington were also in the red.

Tokyo, however, edged up as the yen sat at two-decade lows owing to widening the monetary policies of the hawkish United States and Japan, which shows no signs of lifting rates.

Investors were jarred by a report from the Organisation for Economic Co-operation and Development, which said it had cut its 2022 growth outlook to three percent — from 4.5 percent predicted in December — owing to the Ukraine war.

It also doubled its inflation estimate to 8.5 percent, a 34-year high.

“The world is set to pay a hefty price for Russia’s war against Ukraine,” wrote the OECD’s chief economist and deputy secretary-general, Laurence Boone.

And Anna Han, at Wells Fargo Securities, told Bloomberg Television: “Our view is that the chance of recession by the end of 2023 is 40 percent or so.”