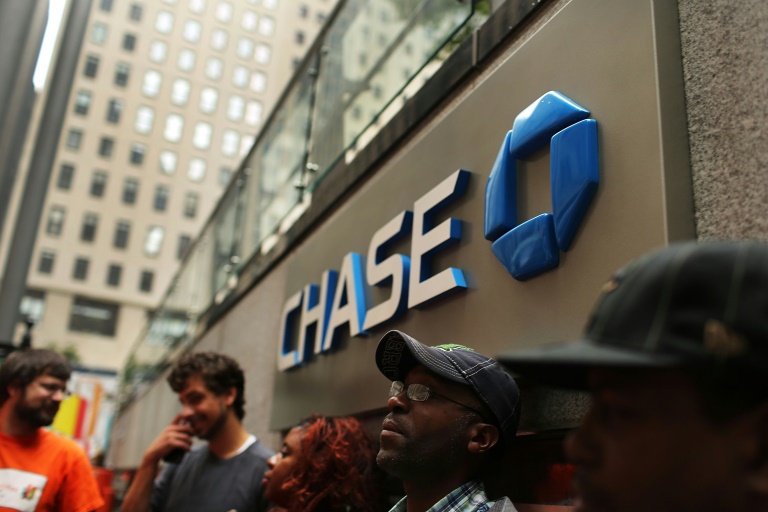 JPMorgan Chase reported a drop in second-quarter profits on Thursday as it warned of a weakening global economic outlook that prompted it to set aside additional funds to cover potential bad loans.

Executives sketched out a complex economic picture, with US households still relatively well off in terms of savings, a strong job market and robust consumer spending.

But headwinds — including high inflation, geopolitical uncertainty and fast-changing Federal Reserve policy to sharply curtail liquidity — “are very likely to have negative consequences on the global economy sometime down the road,” said Chief Executive Jamie Dimon in an earnings press release.

While consumers are “in very good shape,” there are “a serious set of issues” that threaten the outlook, Dimon told reporters on a conference call.

These include the worry that Russia will cut off Germany’s natural gas supply and the possibility that the Federal Reserve’s aggressive plan may not be sufficient to rein in inflation.

“The markets will be volatile,” Dimon predicted. “You can’t have all these kind of things going on and not have volatile markets.”

The big US bank’s earnings came in at $8.6 billion for the second quarter, down 28 percent from the year-ago period in results that missed analyst expectations.

The bank said it added $428 million in credit reserves due to a “modest deterioration in the economic outlook.” In the year-ago period, JPMorgan’s profits were boosted by a $3 billion release in reserves.

The bank experienced $657 million in charge-offs for bad loans, up only modestly from the level in the previous quarter.

The results came as the Labor Department reported another large spike in wholesale prices, one day after US consumer prices jumped the most in more than four decades.

Rising prices are the heart of investor fears about the consumer-driven US economy.

But JPMorgan Chief Financial Officer Jeremy Barnum said “there’s essentially no evidence” at this point of a drop-off in consumption.

The bank’s credit card data confirms that consumers are spending more on food and gasoline, but that they are still also spending on travel and dining.

“That indicates to us that consumers still don’t feel so pinched by inflation that they’re cutting back on discretionary spending, and that’s a relatively positive sign,” Barnum said.

Persistently high inflation has also raised fears that the Fed will adopt an even tougher line on monetary policy after the central bank announced a 0.75-percentage-point hike, its biggest since 1994.

The latest inflation readings have prompted talk of a potential one percent increase at the Fed meeting later this month — one that Federal Reserve Governor Christopher Waller said Thursday he would support.

Dimon said the 20 percent drop in the stock market in 2022 and the anemic state of initial public offerings and other corners of the financial system are evidence of the hit from the Fed shift.

But the impacts could worsen if the US central bank is unable to slow the economy with a “soft landing,” Dimon said.

EU to seek cuts in heating, cooling of buildings to save gas

EU to seek cuts in heating, cooling of buildings to save gas 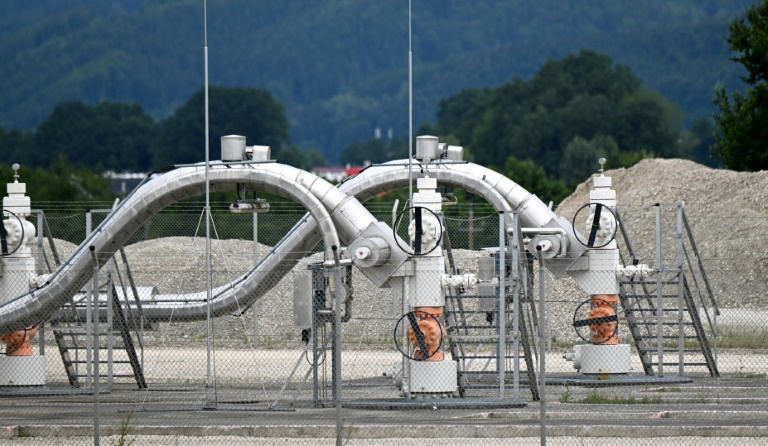 The European Commission is expected next week to ask EU countries to reduce heating and cooling of public buildings and offices to cut demand for gas, according to a document seen by AFP.

In order to better to withstand the drastic fall in Russian gas supplies, which could be cut off altogether, the commission is expected to urge governments across the 27-nation bloc to set limits on the amount of energy used by public buildings, offices, commercial properties and outdoor terraces.

For optimal energy use, it will recommend the rules require that public buildings be heated to no more than 19 degrees Celsius (66 degrees Fahrenheit) and cooled by air conditioning units set no lower than 25°C (77°F°).

“Energy saved during the summer is energy that can be used in winter,” the commission points out in the document.

Energy experts say lowering the thermostat by one degree could cut a building’s heating bill by about 10 percent. Air conditioning units generally struggle and fail to cool a room below 20°C so they waste energy trying.

The recommendation is part of a series of measures Brussels is investigating to cut the EU’s gas consumption by 25 to 60 billion cubic metres (880 to 2,120 billion cubic feet) per year.

The EU imported around 140 bcm of gas by pipeline from Russia last year, according to the International Energy Agency.

“Acting now could reduce the impact of a sudden supply disruption by one third,” says the document, which is due to be published on July 20 and could be modified in the interim.

It calculates that 11 billion cubic metres of gas could be directly saved from reducing excessive heating and cooling, and between four and 40 bcm via reduced electricity demand. Another 10-11 bcm could be saved from use by industries, which have already slowed production due to soaring prices.

The document urges EU governments, where this is “technically feasible and enforceable” to introduce binding limits on heating and cooling in “public buildings, offices, commercial buildings (in particular large buildings) … and open spaces like outdoor terraces”.

“The role of public authorities in leading by example and as an important gas consumer -– 30 percent of the energy consumption — is key in this regard,” the document states.

The commission says that during the “gas winter” — October to March — “large savings can be achieved by deploying alternative heat sources for district heating, heat pumps in households” and energy saving campaigns urging the public to turn their thermostats down by one degree Celsius this winter.

But such “protected” energy customers — under EU legislation that means households, district heating that cannot switch to other fuels and certain essential social services — represent just 37 percent of total EU gas consumption. And simulations show these customers would be the last to be seriously affected by large-scale Russian gas disruptions, the commission says.

It is therefore concentrating most of its efforts on power stations and industry, which use huge amounts of gas.

“Abrupt cuts could damage specific branches of those industries which have little room to switch to other fuels — because gas is being used as feedstock for industrial processes –- or to reduce production without heavy damage,” the commission warns.

“It would be significantly less costly to moderately reduce natural gas demand for a longer period of time, starting earlier, than having to drastically curtail demand suddenly and without proper preparation,” it explains.

If there is a total cut in Russian gas supply from July onwards, EU states might only be able to replenish 65-71 percent of their gas reserves percent before winter, the commission said, quoting forecasts by European gas transmission system operators (ENTSOG).

The commission’s energy saving proposals are due to be discussed by EU energy ministers at a meeting in Brussels on July 26. 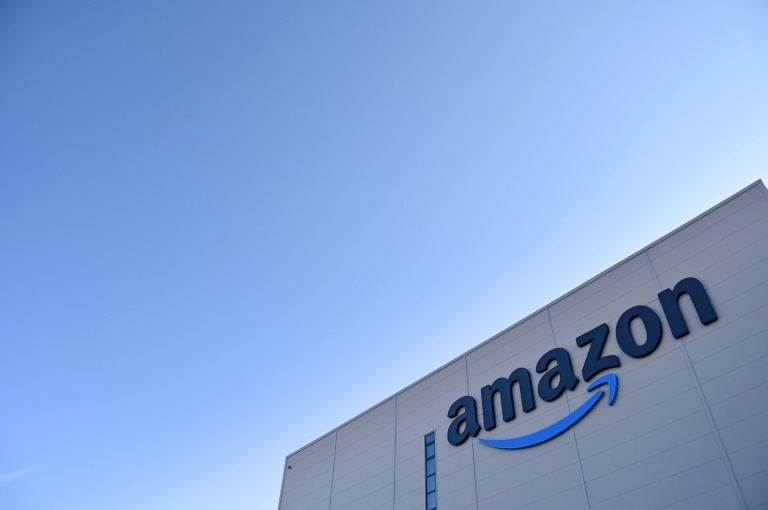 Amazon has offered a settlement against EU charges that the online giant undermined rivals by misusing the sensitive information of independent sellers to benefit its own retail business, the EU said Thursday.

The offer by Amazon is a huge step by the US-based behemoth that has denied for years accusations by rivals and regulators that it unfairly uses the troves of data parked on its platform to benefit its own products and services.

In its offer, the US tech giant commits to stop using non-public data such as sales performance and revenue that are “relating to or derived from the activities of independent sellers on its marketplace,” an EU statement said.

This probe also looked into the Buy Box in which a user can swiftly make a purchase, skipping through the inconvenience of several screens and choices.

The company said it would display an alternative offer in the Buy Box feature if there is a substantial difference in price or delivery from the first one.

Amazon said while “we… disagree with several conclusions the European Commission made, we have engaged constructively with the Commission to address their concerns.”

This will “preserve our ability to serve European customers and the more than 185,000 European small and medium-sized businesses selling through our stores”.

The EU said it was asking rivals for feedback on Amazon’s concessions by September 9 and, if approved, they would remain in place for five years under close monitoring by Brussels.

Many of these accusations towards Amazon are being answered separately in the EU’s landmark Digital Markets Act (DMA), a major EU legislation set to come into force next year.

The DMA imposes a long list of do’s and don’ts on tech giant gatekeepers, including how they handle the sensitive data of competitors who use their platforms.

Alfonso Lamadrid, a competition lawyer at Garrigues in Brussels said the settlement offer was “a win-win” for both the Commission and Amazon.

On the one hand, it kept the commission from potentially fighting a long battle in court, and “at the same time the commitments essentially anticipate what Amazon would have needed to do to comply with the upcoming DMA,” he said.

Amazon had previously settled a case with the EU commission over e-books and still faces scrutiny with national regulators in Germany, as well as non-EU Britain.

The commission said the settlement would not apply in Italy, where Amazon paid a huge fine and changed its business practices over similar concerns. 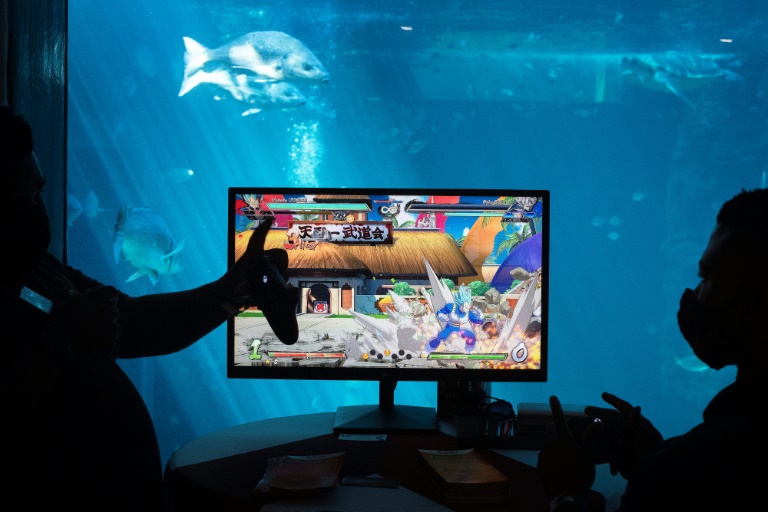 The UN’s trade body on Thursday said African economies were vulnerable to a triple shock as it urged governments to pave the way for tech startups that would  ease dependence on commodities.

“A recent analysis by the UN Global Crisis Response Group on Food, Energy and Finance, which analyses the global economic cost by the war in Ukraine, indicates that Africa and especially sub-Saharan Africa is now one of the world’s most exposed regions to the current crisis,” Rebeca Grynspan, secretary-general of the United Nations Conference on Trade and Development (UNCTAD), said at the launch of the body’s latest Africa report.

“One out of two Africans — that means over 600 million people — are severely vulnerable to food, energy and finance shocks, all at once,” she added.

The report recommended diversifying away from both commodities exports, on which many African economies continue to depend, and traditional service sectors — such as travel and transport — towards more knowledge-intensive services.

“We have been talking about diversification as long as I can remember, and how Africa can diversify its economy, and the fact is  that we’ve been looking at it through the lens of diversifying within the commodity sector,” said Paul Akiwumi, a director with UNCTAD.

“Now it’s also very timely because of technology,” he added.

He pointed to budding fintech, healthtech, agritech, e-mobility and other tech-focused sectors in African countries.

He also said they must implement the African Continental Free Trade Area (AfCFTA) agreement, a trade pact that came into force last year, to scale up developments across the continent.